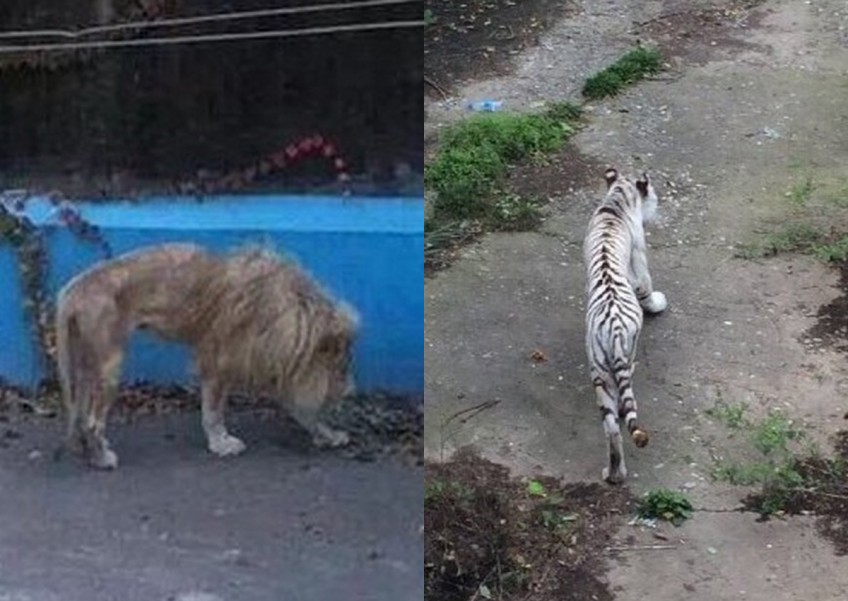 Photos of a gaunt and skinny tiger and lion at the Beijing Zoo have caused an online stir, but zoo officials insist the animals suffer from genetic defects, Beijing Times reported.

The photos, posted by a zoo visitor on social media on Monday, showed a skeletal, hunchbacked lion with dull, patchy fur and a white tiger in a similar condition.

Many Internet users expressed concern about the animals' health. Activists questioned the zoo's treatment of its big cats, theorizing that they were not being fed properly.

But the zoo said the lion was skinny due to a genetic defect, and its appetite and level of activity were normal.

The zoo also said that the tiger in question was a Bengal tiger and this type of tiger is normally smaller than others, so the animal in the picture was actually quite normal.

However, officials said that they will pay closer attention to the diets of their big cats and will begin to regularly monitor their weight.