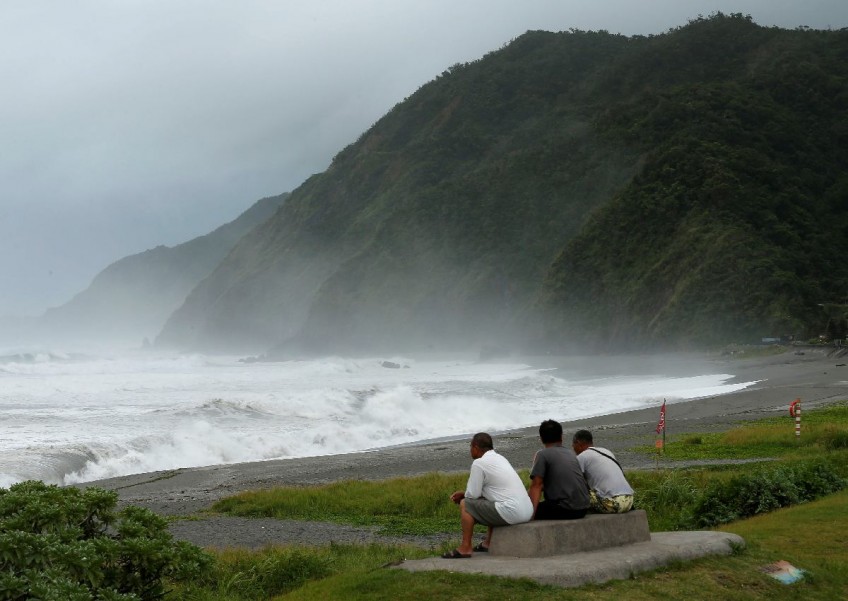 TAIPEI - Super Typhoon Nepartak lashed Taiwan with powerful winds and torrential rain as it made landfall Friday, injuring dozens and forcing more than 15,000 to evacuate their homes as the island cancelled hundreds of flights and shut offices and schools.

Packing gusts of up to 234 kilometres per hour (145 miles per hour), it landed at Taimali township in eastern Taitung county shortly before 6:00 am (2200 GMT Thursday).

One man drowned off a beach in Hualien county Thursday, according to an official tally.

Nearly 9,000 people have been moved from their homes which were prone to landslides or flooding and about 1,800 of them were in shelters.

As many as 97,000 households lost power due to the storm, with more than 70,000 still without electricity as of Friday morning.

The government said financial markets, schools and offices would all be closed Friday.

The railway will be closed for most of the day.

Taiwan's Central Weather Bureau said the storm had weakened slightly after making landfall but would continue to dump torrential rain across the island for much of Friday.

"It is expected the strength of this typhoon will continue to weaken and slow down in speed," the weather bureau said.

It is forecast to hit southern China after battering Taiwan.

In 2009, Typhoon Morakot devastated the island, killing more than 600 people, most of them buried in huge landslides in the south.