Over 40 students in Malaysia school down with food poisoning

More than 40 students from a religious school here came down with food poisoning on Wednesday (May 15) night, believed to be from eating food delivered the day before.

The students, from Institut Al Quran Darul Aman on Jalan Sultanah here, suffered abdominal pain, diarrhoea and vomiting at around 5am and could not attend classes.

Muhammad Yusni Yaakob, the deputy director of the school, said about 15 students were sent to the Sultanah Bahiyah Hospital for further treatment, while 36 others were treated by a medical team who came to the school.

Muhammad Yusni said the school's cafeteria was closed during the month of Ramadan. 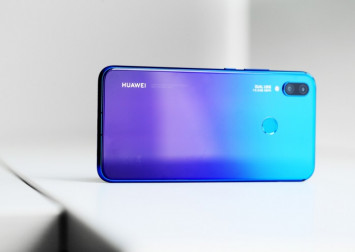 However, he did not state how or where the students were supposed to get the food during the fasting month.

He said those affected had eaten an Arab rice with chicken and mutton donated by a restaurant.

"The food arrived quite late - at about 11pm - and many of the students kept the food for sahur (pre-dawn meal)," he said.

"Most students who ate the food for sahur experienced more serious symptoms than those who ate it for moreh (the meal after late-night terawih prayers)," he said.

"For the time being, all the students are in stable condition," said Muhammad Yusni.

He said the school was not aware about the food being donated.

"I am not aware of matters regarding food contribution to students from outside. Maybe, the wardens know about it," said Muhammad Yusni.

He said that those wishing to donate food to the school would have to follow certain procedures to prevent a recurrence of the incident.

Muhammad Afham Anwar, 20, said he ate the food at around 2am, and began to have abdominal pain and diarrhoea when he woke up for sahur.

He added he did not suspect it had gone bad, as it smelt and tasted fine.

Another student, Mawardah Anuar, 20, said he ate the food at 5am and began to feel dizzy.

He added that the chicken had started to "smell strange" at that time.