Dr Alvin Chan Yee-shing arriving at a previous hearing relating to an infant’s amputated finger. He has been cleared of misconduct.

A prominent Hong Kong paediatrician, who was found guilty of misconduct a decade ago over a treatment that led to an infant's finger being amputated, won an appeal on Wednesday to clear his name.

Alvin Chan Yee-shing was acquitted on two counts of professional misconduct, after the Court of Appeal found that the Medical Council's conviction last year was "unsafe and unsatisfactory".

The court considered it inappropriate to remit the matter for another trial given the length of time lapsed.

The 22-page judgment concluded a decade-long dispute between Chan and the boy's family, which has generated a series of cases, from council proceedings to a judicial review and two civil claims that resulted in the court awarding more than HK$1.4 million (S$244,000) against the doctor.

Chan said in a statement that he had always felt sad about what happened to the family, as this was a "very unfortunate and tragic incidence" for an innocent child.

"I had hoped that the Medical Council would find out the truth of what had really happened, but I was disappointed," Chan said.

The protracted battle stemmed from an accident on August 10, 2009, when a 14-month old baby sustained a cut to his right ring finger after it was caught in a small hole of an iron gate.

The child was first sent to Prince of Wales Hospital in Sha Tin, where doctors suggested stitching the wound under general anaesthesia. His father later called Chan, his regular paediatrician, who arranged for him to be transferred to the Baptist Hospital for alternative treatment.

With the parents' consent, Chan treated the wound by bonding with an adhesive glue, Dermabond, and covering it with layers of dressing, while exposing the fingertip to allow for the observation of blood circulation.

Chan attended to the child for three consecutive days, each time changing the dressing, before the boy was discharged from hospital. The boy then visited Chan's clinic again on three occasions.

It was on the third visit on August 21 that Chan discovered the child's fingertip had turned dark grey due to inadequate blood supply.

The boy was then admitted to Queen Elizabeth Hospital, where he had his finger amputated on September 30, 2009. 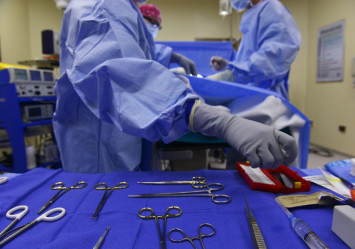 His parents subsequently complained to the Medical Council and filed civil actions against the doctor.

The medical watchdog twice dismissed the complaints, until the Court of First Instance in 2015 slammed the council's handling and ordered a fresh consideration.

Chan was found guilty of two of three counts of misconduct in April 2018, and removed from the General Register for six months.

But three judges of the Court of Appeal sided with Chan's counsel Russell Coleman SC, who complained that the convictions were "fundamentally flawed" as the council had failed to address a number of issues raised in his defence.

Those included the inherent improbability of Chan changing the way he dressed the wound when he had been performing the task properly while the child was still in hospital, or the fact that his clinic did not have the specific bandage, a two-inch Coban, found wrapped around the finger.

"Both of these complaints are sufficient, on their own or together, to render the finding that Dr Chan was responsible for the improper dressing of the wound … unsafe and unsatisfactory," the judges wrote.

In his follow-up statement, Chan said he always wanted to make clear that he had never used the two-inch Coban to tightly wrap the child's finger, causing an inadequate blood supply, but felt it inappropriate to say anything while the case was undergoing different stages of proceedings.

"I felt most unhappy that there were untrue accusations filed against me," Chan said.