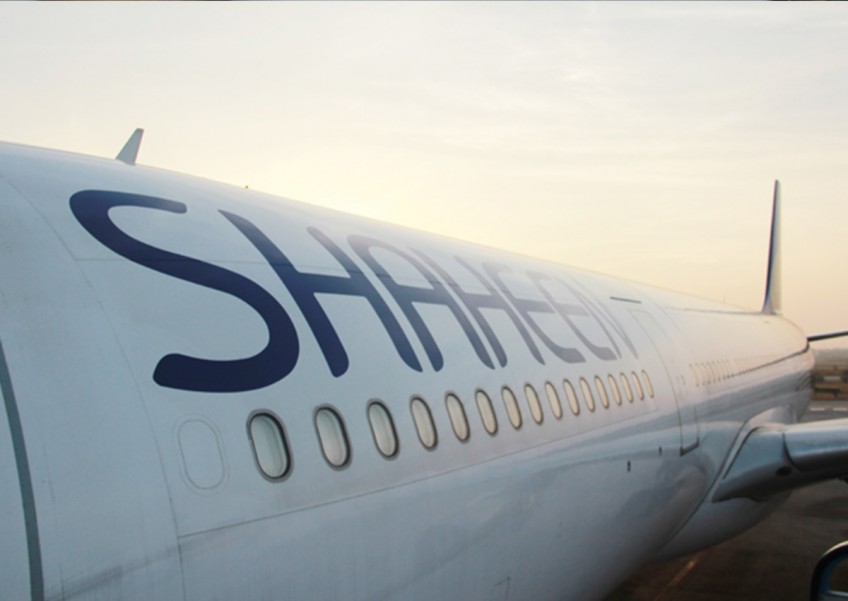 Love drives people to do crazy things. And like a scene out of a movie, a smitten man forced a plane to turn back - all in the name of love.

On Mar 11, a Pakistani man boarded a plane scheduled to fly from Lahore, Pakistan to Saudi Arabia, where he was about to start his new career, reported Parhlo.com. However, he missed his newly-wed wife so much that he decided to return to her by getting the plane to turn around.

Getting a plane to turn around is no easy feat. Planes usually turn back only when there are technical difficulties, medical emergencies or unruly passengers.

In order to get the plane to do so, the man, Irfan Hakim Ali, reportedly began throwing a tantrum after the Shaheen Air flight had taken off. He screamed that his wife had passed away, and told crew members that he wanted the plane to land again.

Believing his story, the pilot then decided to land the airplane out of sympathy for his supposed loss.

However, it was discovered upon further investigation that Irfan's wife had not died. He later confessed that as their marriage was still new, he was not ready to leave her behind for his job in Saudi Arabia.