Parents in mourning after child is born with 2 torsos, 4 legs and 4 arms 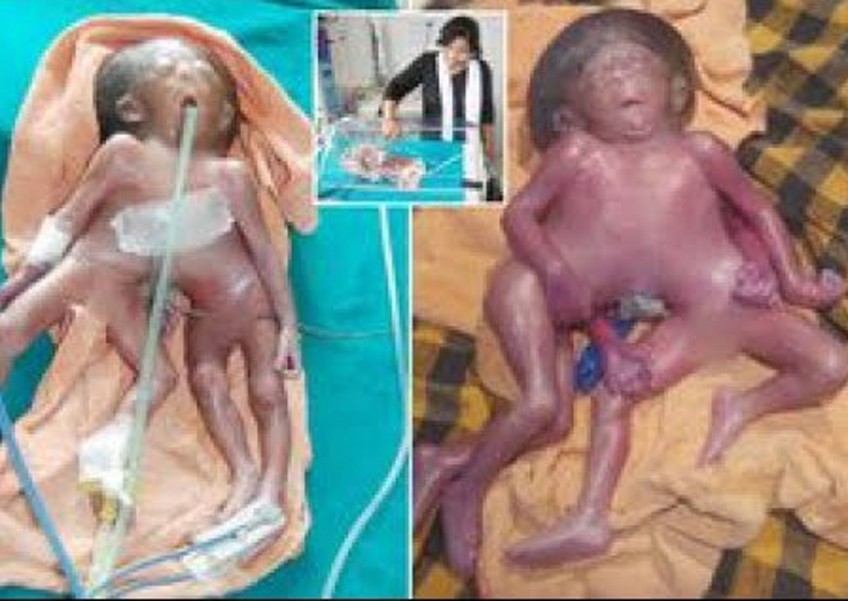 The hospital in Lakhisarai, Bihar, had reportedly attracted crowds outside its doors, all to catch a glimpse of the newborn child.

Sadly, the baby died shortly after its birth on Friday (Jun 23).

The girl's mother, Savita Devi, said in an interview that she was sad and in shock about the unfortunate circumstances regarding her daughter's birth and death.

However, she also admitted that it was probably for the best that her baby had died

"I think whatever happened it happened for good. If my baby lived on with these deformities, every day of her life would have been like death," she said in The Sun report.

According to Dr Mukesh Kumar, the doctor who helped with the baby's delivery, the baby was born with what is called congenital deformity and as such could not be saved because it was not fully developed.

"The foetus didn't grow properly in the womb due some reasons," he said.

The doctor also stated that the baby "was plagued by an extremely rare condition where a conjoined twin did not fully form."

"The rare disorder occurs in the womb when the cells forms abnormally during embryonic development."