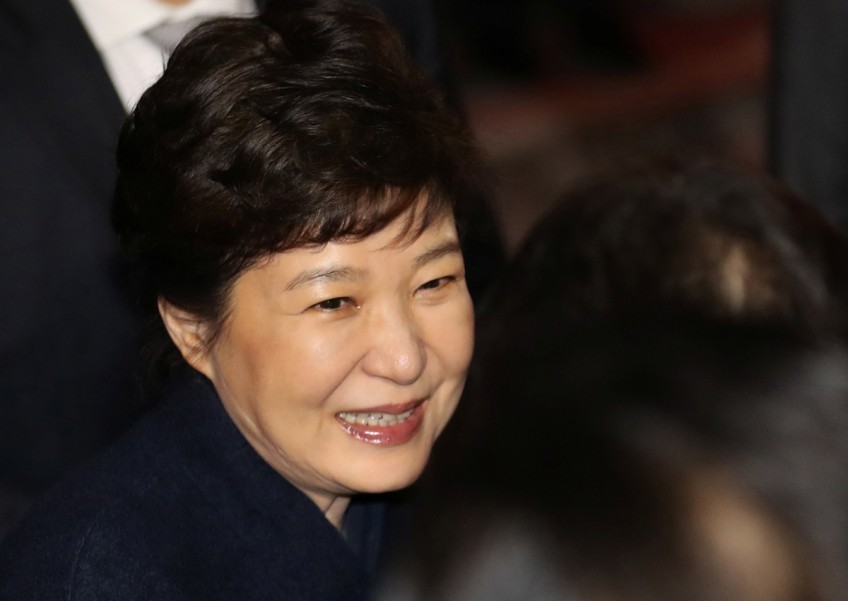 Former President Park Geun-hye on Sunday came under fire for failing to honour the decision of the nation's highest court stripping her of all presidential powers, which critics say only reinforced the national confusion and divide her scandal had created.

Park, upon her return to her private residence in southern Seoul on Sunday evening, said the truth about her impeachment would be revealed someday.

It was widely taken as a message of defiance from the ousted leader, amid unrelenting protests from her staunch followers. Three of her supporters died after a violent protest near the Constitutional Court.

Enraged by her lack of remorse, Park's liberal foes in the parliament called for a swift and thorough investigation into her corruption allegations.

"Former President Park wants the truth. Prosecutors must launch a swift and thorough investigation and sternly punish her for any crime," said Rep. Choo Mi-ae, the chairwoman of the liberal Democratic Party of Korea, the nation's largest political bloc which led the parliamentary vote to impeach her.

"Revealing the truth is what the prosecution must do. Former President Park must co-operate fully to help it do its job."

Park, while she was immune to criminal liability as a sitting president, had refused to co-operate with state prosecutors and later the special counsel seeking to question her in person and search her home and offices.

Even politicians in Park's home camp of the Liberty Korea Party expressed regret over the shameless attitude of the former conservative icon.

"It is just not right for a person who was just a few days ago the nation's president to show such an ignorant attitude to the Constitution. How can we expect ordinary citizens to honour the rule of law, when a former president fails to abide by it," said Rep. Shim Jae-chul.

The former governing party, while Park kept her odd silence for two days after the court decision, apologised to the people, saying it was yielding to the ruling.

Its chief In Myeong-jin instead urged members to refrain from making any remarks or actions that would work against efforts to bring the nation together and put the troubles behind it.

As calls grow for an investigation of Park, state prosecutors are likely to summon her as early as this week, observers said Monday.

"Park could not be indicted as president, but now she no longer holds office," Nam Kyoung-kook, a law professor at University of Seoul Law School, told The Korea Herald. "Prosecutors will now summon her as a suspect, or request a warrant if Park denies the summons."

The team is currently reviewing investigation records handed over to it by independent counsel Park Young-so who concluded his 70-day probe into Park on Feb. 28.

Observers speculate the prosecution will likely step up inquiries before the upcoming presidential election slated for May.

Park has maintained stern denial of all criminal charges against her.

Besides Park herself, key subjects of the investigation are Park's former aide Woo Byung-woo and local conglomerates SK and Lotte, which the special counsel had failed to properly investigate.

Prime among charges against Park is her alleged acceptance of bribes from Samsung Group and other conglomerates, which took the form of donations to her friend Choi Soon-sil's two nonprofit foundations.

Park is accused of providing political support to the companies in exchange for bribes.

The special investigation unit will also look into the former administration's alleged blacklisting of what it viewed as leftist cultural figures deemed unfavorable to Park.