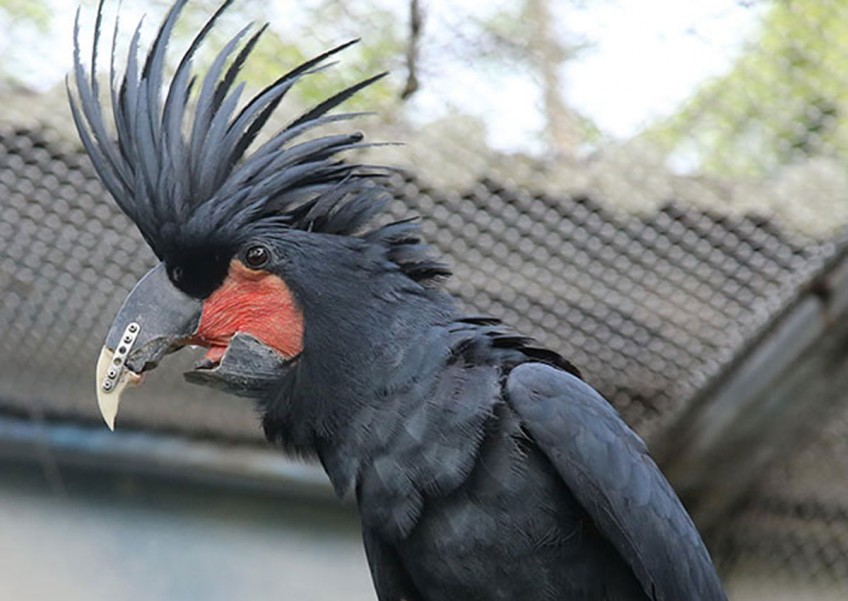 A zoo in Nanjing, Jiangsu province, has used 3-D printing technology to help a bullied parrot who lost its beak.

The parrot, a palm cockatoo named Huizai, or Gray Boy, had been harassed by other birds living in the Nanjing Hongshan Forest Zoo.

"At first, there were only cracks on the beak," said Chen Wei, one of Huizai's keepers. "But the cracks gradually grew bigger until finally Huizai lost almost all of its beak.

"The beak is very important to a parrot's appearance. Huizai knew that it was different from the others and gradually preferred to stay alone. Sometimes it even refused to come out of its cage."

The loss of its beak not only affected the parrot's looks, but also its confidence and appetite.

"It could not put fruits or nuts into its mouth and could only use its tongue to lick small-sized food," Chen said.

Cheng Wangkun, a veterinarian, came up with the idea of using 3-D technology to rebuild Huizai's beak. He took Huizai and another parrot of the same size to a 3-D printing company that offered to help for free.

The company scanned the two parrots and presented a resin beak to the zoo.

"The resin is light and has strong wear resistance," Cheng said. "After reshaping the resin beak and Huizai's original one with a rasp, we performed the surgery under anaesthesia and managed to connect the two parts with 11 bone nails."

Huizai regained consciousness soon after the hour-long operation and was drinking water and eating food within moments, according to his keepers.

The parrot did not try to break its new beak, and was accepted by its peers.