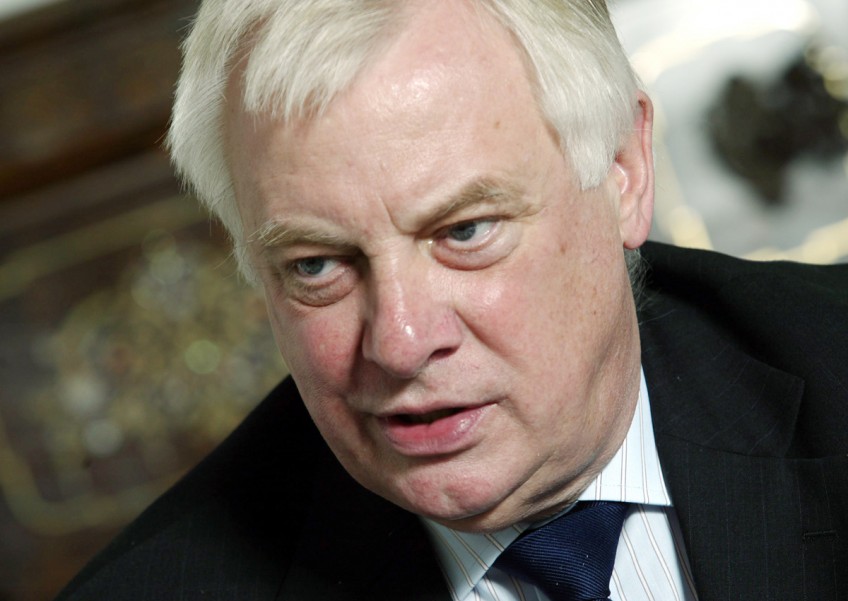 Chris Patten, who said the happiest period of his life was spent during his time as the city's governor, believed Beijing's grip on the semi-autonomous city was getting tighter.
The Business Times

HONG KONG - Hong Kong's last British colonial governor Chris Patten said Thursday the city's autonomy was slipping away, with less than a month before the 20th anniversary of the city's handover.

Patten was governor of Hong Kong when it was handed back to China by Britain in 1997 under a semi-autonomous deal protecting its freedoms for 50 years.

But 20 years on, there are serious concerns Beijing is disregarding the handover agreement designed to safeguard the city's way of life.

Frustration at what many see as China's increasing influence and fear of Beijing curtailing its freedoms has sparked calls for self-determination for Hong Kong, or even a complete split from the mainland.

Chris Patten, who said the happiest period of his life was spent during his time as the city's governor, believed Beijing's grip on the semi-autonomous city was getting tighter.

"There has been a steady tightening grip... on Hong Kong's autonomy," Patten said.

"You see that in the extent to which Beijing's offices in Hong Kong try to get involved in every branch, every aspect of government," the last governor said via video link at the SOPA Awards, which recognises editorial works in the region, held in the city Thursday night.

"You see it as well in attacks on the way in which the rule of law works with the Beijing authorities actually intervening in a law case being held quite properly before Hong Kong courts," he said.

Last year, the city's High Court disqualified two democratically elected pro-independence lawmakers from taking their seats after they added expletives and used derogatory terms for China when taking their oaths.

The court's move was preempted by an earlier intervention from Beijing which said they should not be allowed to join parliament.

"We're seeing people being snatched from Hong Kong streets by mainland people," Patten said in reference to bookseller Lee Bo, known for publishing salacious titles about Beijing's leadership, who in late 2015 vanished from Hong Kong and resurfaced on the mainland.

The city's incoming leader Carrie Lam pledged that she would mend political rifts after her victory in March.

She said there was "no difference" between the Hong Kong government and Chinese authorities' views on safeguarding the city's status and liberties.

She will be sworn in on July 1 during the expected visit by China's President Xi Jinping to mark the 20th anniversary of the handover.