MANILA - A 20-year-old man has been arrested by the Novaliches police for verbally harassing his neighbour in violation of a landmark Quezon City ordinance that prohibits catcalling.

According to the woman's complaint, she was playing with her dogs on March 1 when the man called her attention several times from the terrace of a nearby house.

He asked for her cell phone number, called her "Beh" (Filipino slang for baby) several times and said he wished he were one of her pets.

The 22-year-old woman went to the police to file a complaint for verbal harassment against the suspect, resulting in members of the Novaliches police Station 4 arresting him on March 2.

The complainant later said in a post on social media that the man explained he did not know there was an ordinance prohibiting catcalling.

"But every man … in the Philippines should know that harassment in any form is unacceptable," she added.

"Ladies, it's time to exercise our right to feel safe in the streets and places we go to, even if it means bearing the shame of narrating the incident to authorities," she said. 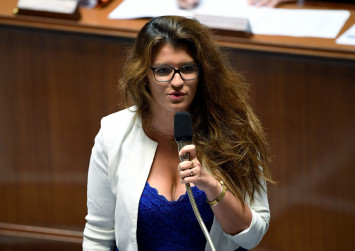 The suspect, who remains in custody of the Novaliches police, will be criminally charged in the Quezon City Prosecutor's Office.

Under Ordinance No. 2501 light violations - such as cursing, catcalling, repeatedly asking the subject for a date or a contact number, or taunting a woman with constant talk about sex - are punishable with a fine of 500 peso (S$13) up to 1,000 peso, or a jail term of five days to one month.

In 2015, Quezon City became the first in the country to join a UN Women's global flagship programme to prevent sexual harassment and other forms of sexual violence against women and girls in public spaces, which then covered 26 other cities including New York, Mexico City and Cairo.

In March 2016, the city passed a landmark ordinance penalising catcalling, stalking and lascivious acts directed at women, imposing jail terms and fines of up to 5,000 peso on violators.