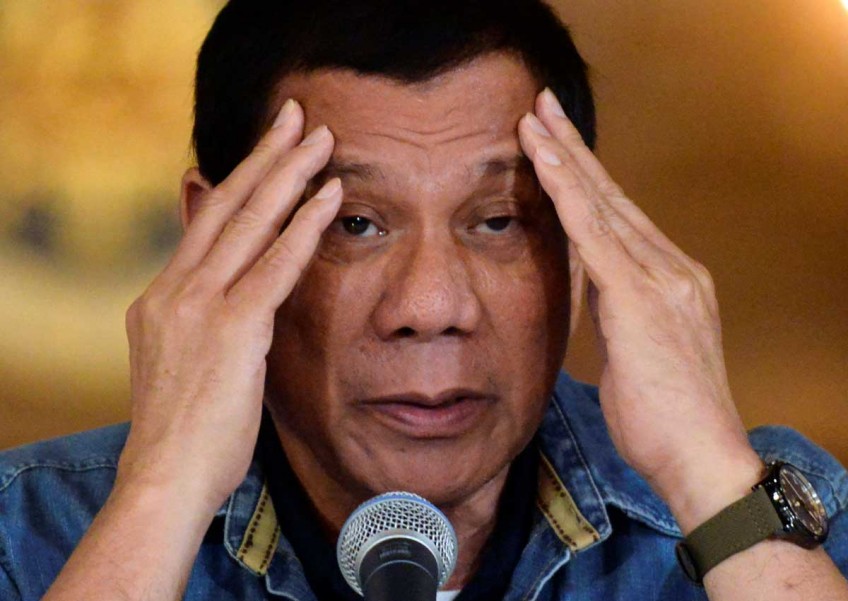 Philippine President Rodrigo Duterte has described European lawmakers as "crazies" in a salty-tongued rebuttal to criticism of his deadly drug war, while vowing again that all traffickers will be killed.

Duterte fired his broadside in a late-night speech on Sunday (March 19) in Myanmar after the European Parliament issued a resolution last week condemning "the high number of extrajudicial killings" in Duterte's drug war.

"I don't get these crazies. Why are you trying to impose on us? Why don't you mind your own business," said Duterte, who frequently uses swear words and other abusive language against his critics.

Duterte, who took office in the middle of last year, has overseen a ruthless campaign to eradicate illegal drugs that he says are threatening to turn the Philippines into a narco-state.

Police have reported killing more than 2,500 people, while rights groups say there have been more than 5,000 other deaths linked to the drug war.

Duterte has insisted he has not asked his security forces to break the law, although on other occasions he has called for millions of addicts to be killed and vowed to pardon police officers found guilty of murder.

On Sunday, he warned many more people would be killed.

"More people will die. I said I will not stop. I will continue until the last drug lord in the Philippines is killed and the pushers (are) out of the streets," he said.

Reacting to criticism that his drug war targeted the poor, Duterte said he had to "destroy" small-time street peddlers as well as the big-time drug lords.

In its resolution, the European lawmakers also called for the UN Human Rights Council to launch a probe into Duterte's drug war, and expressed "deep alarm" at Duterte's plans to bring back the death penalty.

To highlight his portrayal of a clash of cultures, Duterte referred to a recent Time magazine cover article on gender and sexuality to highlight what he insisted was blanket Filipino opposition to same-sex marriage.

"That's their culture. It does not apply to us. We are Catholics and there is the civil code which says that you can only marry a woman for me (and) for a woman to marry a man," he said.

"You stay where God assigned you. Do not mix us all up."