In this Philippine town, an ATM discharges water, not cash 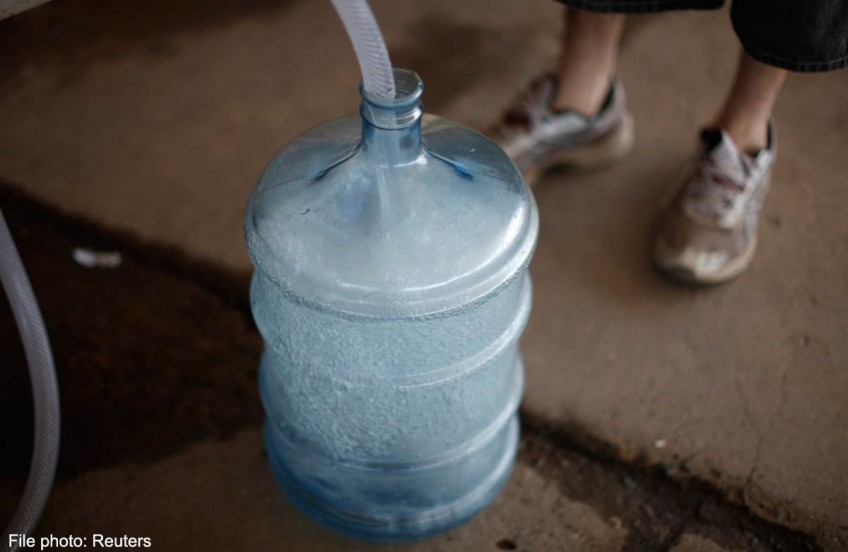 SISON, Pangasinan - Residents of this eastern Pangasinan town use their ATM cards to get water, not cash. ATM machines are literally "Automatic Tubig (water) Machines."

Whenever residents need drinking water or water for washing and cooking, they go to communal water stations and tap their ATM cards onto a machine scanner to activate a water valve that unloads water into a container.

A computer system measures the amount of water an individual buys, which is deducted from the ATM card. Once the ATM's load runs out, the person goes to the town hall for fresh credits.

This farming town has no water district. But the local government invests in deep wells to serve communities.

The town also needs to manage the distribution of communal water at costs affordable to residents. This was why it embarked on the innovative ATM water system in 2009, said Jonar Manaois, the system's project engineer.

The system was brokered online through the project "World Water" in the United States, but the town government adopted the technology of a China-based firm, Hangzhou Jingda Electronics Co. Ltd.

Manaois said the barangay (village) water system was put up in the town almost at the same time when similar systems were being established in some African counties.

Twenty of the town's 28 villages have been installed with ATM water systems, he said, adding that the local government intends to distribute the system in all villages.

Manaois said making the residents pay for water would give value to water and discourage wasting water.

Sison is a hilly community and its aquifer is about 1,000 feet deep. It needs to build 1,000 feet of pipes to reach most communities, Manaois said. Because of the depth, putting up a deep well will be too costly for most villages.

"We have to go beyond the first water table, which is about 40 feet deep, because water at that level is still contaminated and not safe for drinking. In some areas, the next water table is 400 feet deep. At the town plaza and in Barangay Labayug, it is 1,000 feet," he said.

The ATM charges are negligible. Two pesos will be deducted for a 200-liter container, Manaois said.

He said the project was not developed for profit. The fees are used for maintenance of the water system.

During the dry months, residents had to get their water supply from nearby Pozorrubio town, transporting the water containers by tricycles, carts and even trucks.

Loejan Anudun, who owns a deep well, said he accesses the ATM water system for drinking water. He said some residents source their water from springs in the hills but they are not sure whether these are safe.

"This is why the ATM water system is a big help," he said.