Human rights groups say there may have been up to 27,000 extrajudicial killings during the presidency of Rodrigo Duterte, pictured here in 2018.

The Sunday (March 7) slayings of nine activists by Philippine security forces show that in his last full year in office, President Rodrigo Duterte is not letting up on the killing spree he started five years ago.

In what is now being called “Bloody Sunday”, police and soldiers raided the offices and homes of community organisers in provinces near Manila. They shot dead nine of them – including a married couple – and arrested six.

The authorities said caches of weapons and grenades were found, and that the activists were killed because they resisted – allegations that have been met with widespread scepticism.

Vice-President Leni Robredo called the raids a “massacre” in a Monday (March 8) statement. The same day, Renato Reyes, secretary general of the leftist group Bayan, told ANC News : “The [police] narrative that they fought back, nobody believes [that].” 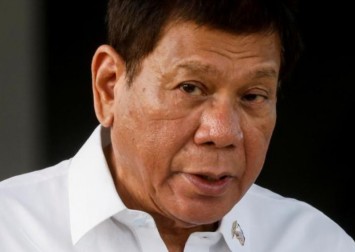 “I’ve told the military and the police, if they find themselves in an encounter with the communist rebels and you see them armed, kill them, don’t mind human rights ,” he said in comments broadcast on television. “I will be the one to go to prison, I don’t have qualms.”

In Geneva, Office of the United Nations High Commissioner for Human Rights spokesperson Ravina Shamdasani said the body was “appalled by the apparently arbitrary killing of nine activists”, while in Australia, Peter Murphy, chairperson of the global council of the International Coalition for Human Rights in the Philippines (ICHRP), did not mince his words.

“Duterte’s words lead directly to [the] murder of Filipinos, he’s out for blood,” he said in a Monday statement. “We are calling on the UN, and member states, to publicly condemn the Bloody Sunday killings and arrests.”

Presidential spokesperson Harry Roque defended the operation on Monday. “Because there’s a war with the Communist Party of the Philippines and the New People’s Army, killing isn’t forbidden,” he said. “Under international humanitarian law, the president’s order to ‘kill, kill, kill’ is correct. What, you want the soldiers to be killed?”

The New People’s Army (NPA), the armed wing of the Communist Party of the Philippines (CPP), has been fighting an insurgency in the Philippines since 1969. In response to the raids, the CPP issued a statement urging the NPA to “punish the perpetrators and masterminds” involved.

National security adviser Hermogenes Esperon on Tuesday offered further justification of Duterte’s order, and said the president’s exhortation that human rights were not a concern was correct because NPA personnel were armed. 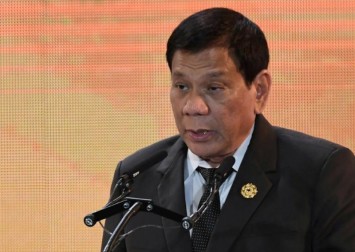 But Reyes from Bayan pointed out that those who were killed were not armed rebels, “which is what the Philippine National Police is trying to make them appear to be”. In a statement, Bayan said the weapons and explosives were planted.

Jacqueline Ann de Guia, spokesperson for the Philippine Commission on Human Rights, told This Week in Asia her organisation did not believe those killed were resisting arrest, noting that in previous cases, “victims were shot dead instantly without even the slightest opportunity to resist arrest”.

A trail of bloody deaths marks the progress of Duterte’s presidency, which he won in 2016 on the back of a campaign in which he promised and urged the killing of drug dealers. Thousands of Filipinos have lost their lives in the violence that followed once he took power.

According to the police, 5,000 have died in the war on drugs, but human rights groups say there may have been more than 27,000 extrajudicial killings. The International Criminal Court will decide this year if it will formally investigate Duterte for crimes against humanity.

Two terms have emerged from the campaign. One is tokhang , or “knock and plead”, to describe how the police allegedly identify drug criminals in a neighbourhood by going to their houses and asking them to turn themselves in – a term that has become synonymous with the killings. The other is nanlaban , meaning “resisted or fought back”.

Under Duterte’s war on drugs, police operations typically result in “drug criminals” being shot dead because they resisted. Guns and packets of drugs are almost always found near the bodies of the alleged criminals.

The techniques used by state security forces in the war on drugs are now increasingly used against critics, lawyers, activists and alleged insurgents; Bayan’s Reyes called what happened on Sunday “political tokhang ”. 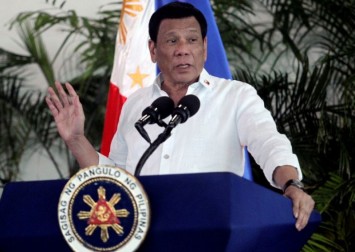 Murphy of the ICHRP noted how against activists, the police and military staged “tokhang -style operations, the ‘barge in and shoot’ method used by police to kill thousands of civilians”.

He said the security forces typically planted weapons to use as evidence. “The sequence of events in all the cases I have looked at show that the target is removed from their premises, police and soldiers enter, and later the weapons and explosives are ‘discovered’.”

Duterte’s campaign against the communists – at one point willing allies in his war on drugs – has seen the liberal use of another term, “red-tagging”, in which individuals or organisations are accused of being communists or allies of Leftist rebels.

On March 2, an Iloilo City human rights lawyer – who had petitioned against the government’s draconian anti-terrorism act, and who had been red-tagged – was stabbed in the head with a screwdriver by unknown assailants.

“While the Philippines has a long history of red-tagging, the Duterte administration is the first to openly use it,” said de Guia of the Commission on Human Rights.

Said the ICHRP’s Murphy to This Week In Asia : “I can confidently say that almost all the human rights defenders killed during the Duterte presidency experienced red-tagging on Facebook, and often in painted slogans, leaflets and tarpaulins, and SMS threats before they were killed. Red-tagging is apparently part of the tactics leading up to political killing.” 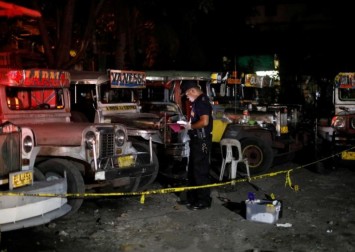 The government has also red-tagged critics and opponents: one Duterte appointee accused CNN Philippines and online publication Rappler of being allies of armed communist rebels.

The practice is reminiscent of the murderous dictatorship of Ferdinand Marcos.

During the period of martial law from 1972 to 1986, the police and military snatched people and tagged them as “communists” or “subversives” before torturing and murdering them in what came to be called “salvagings”.

While Philippine National Police chief Debold Sinas said the Sunday raids were legitimate as they were covered by search warrants, Murphy said the use of warrants was no guarantee of legitimacy.

He pointed out that in previous raids “the warrants were defective”, either not specifying that the property could be searched or that a different property was named.

“In all the cases I have studied, the warrant was issued by a court that is very remote from the property to be searched – the judge cannot possibly have any idea that there are sufficient grounds to issue the warrant,” he said. “This is a major discredit to the Philippine judiciary.”

De Guia described what was happening as “a weaponisation of the law to silence government critics”, adding that “the criminal justice system is being abused to exact political vendettas and prosecute perceived opponents of officials in government”.

In a statement, Etta Rosales, former congresswoman and now chair emeritus of the moderate left party Akbayan, said the Philippine National Police’s “list of abuses under this administration is long and horrific”.

“Instead of acting like a professional civilian police institution, it is more and more becoming the country’s biggest mercenary force,” she said.