In the Philippines, Christmas amid Covid-19 is set to be a silent night

Every year, Gilda Cabrera, 61, and her family of nine gather for Christmas in her Manila home – but this December, there will be no party.

“It’s going to be a silent Christmas,” the retired nutritionist told This Week in Asia. “I will not invite anybody. You don’t know who’s infected.”

Filipinos, now in the ninth month of one of the world´s longest pandemic lockdowns, are facing one more cruel blow: the loss of their biggest holiday.

Few countries make as big a deal about Christmas as the Philippines, where it is also known as Pasko. As early as September, shopping malls start playing carols; a 1960s album by the Ray Conniff Singers is a particular favourite.

By that time, if not earlier, tens of thousands of overseas Filipino workers have usually booked flights to take them home for the holidays.

December is a month-long series of noisy revelries. The holiday is an exuberant combination of customs and traditions from Philippine, American, Spanish and Chinese cultures: A melange of Santa Claus, Christmas trees, carolling, star lanterns, midnight masses, late evening feasts and gift packets of cash to godchildren.

Above all, it is a celebration that brings families together.

According to a 58-year-old retired marketing executive, her family traditionally holds two large Christmas parties. “From my mom’s side, we are 50 [people], and we hold it in my house. For my dad’s side we are 60 and we hold it in my aunt’s,” she said, describing the clan gatherings – that will draw grandparents, cousins, grandchildren, aunts and uncles – as “a lot of eating, drinking and talking”. 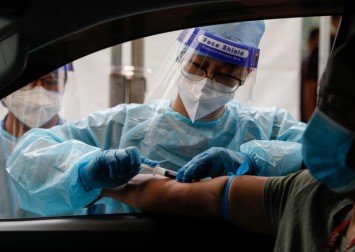 But the shadow of the Covid-19 pandemic hangs heavy over this year’s festivities. There are more than 431,000 cases in the Philippines, and close to 8,400 related deaths.

To the country’s authorities, this means many of the practices associated with a Philippine Christmas are potential super-spreading events for the disease – leaving them with the unpalatable job of telling Filipinos not to celebrate Christmas, or at least tone down their exuberance.

The health department last week reminded the public that any holiday celebrations should follow protocols about social distance, sanitising hands, limiting the number of people at a gathering, keeping such events brief, and maintaining proper ventilation.

It also recommended that people get together only with members of their household, and meet anyone else virtually. 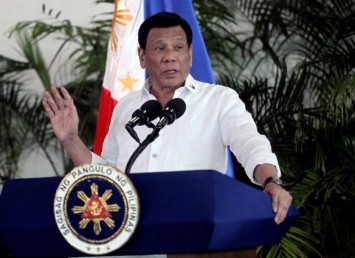 On Monday (Nov 30), Philippine President Rodrigo Duterte agreed with coronavirus task force recommendations that certain cities and provinces would still be subject to quarantine restrictions for the month of December. He urged Filipinos to attend Christmas mass online.

Rather than gamble with the coronavirus, many are just cancelling their events. The marketing executive, who asked not to be named, said for this year “we all agreed there will be no parties, they’re too big and too risky for our senior citizens”. She added that “it was an easy decision”.

However, former health secretary Paulyn Ubial on Monday told ABS-CBN News Channel that “there seems to be complacency on the part of the layman. They feel like this pandemic is over, they see more people out in the street, they think fewer people are dying.”

On Sunday, Valenzuela mayor Rex Gatchalian tweeted that his city – one of the 16 that make up Metro Manila – would not be putting up any decorations or Christmas trees in parks. “We have to make sure that we do not encourage convergence of people that will cause more Covid-19 transmission,” he said. 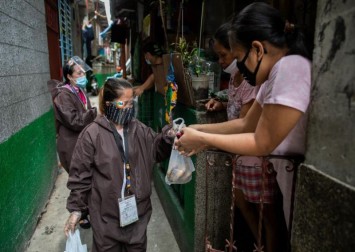 Despite the restrictions, holiday habits die hard. In Manila, a relaxation of quarantine restrictions has allowed people to go to just-reopened shopping malls – leading to reports of crowds in the buildings, as well as shoppers packed shoulder to shoulder on the streets of the traditional shopping district, Divisoria.

“Christmas is the most important quarter of the year,” said Jonathan Ravelas, chief market strategist for BDO Unibank, part of SM Group, the country’s largest shopping mall conglomerate. Many companies do their best business in this period, when Filipinos open their wallets and splurge on gifts and food.

But despite the crowds, this activity is suffering from another problem brought about by the pandemic: Economic hardship.

One important mainstay of the Philippine economy has been the flood of overseas workers returning home for Christmas, loaded with gifts for their family as well as spare cash to spend in the malls. That’s not going to happen this year. 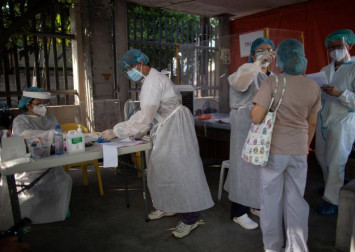 The global pandemic has paralysed the local economy, with many businesses shuttered, while thousands of overseas workers have lost their jobs abroad. According to Ravelas, remittances from overseas workers for the first nine months of the year are down roughly 1.4 per cent compared with last year.

Shopping malls in Manila have been shut for months; when they finally reopened, many of the shops were permanently closed. Ravelas, however, said there had been signs of recovery.

“In terms of foot traffic, it used to be around 10 per cent of what it was before quarantine, now it’s gone up to about 40 per cent,” he said, referring to this as “green shoots” compared with the second quarter when things were “very dismal”.

Cabrera, the retired nutritionist, has for years made fruitcakes to sell for the holidays. “Before the pandemic I used to make 300, this year I trimmed it down to 100, because I don’t think people will spend a lot,” she said. 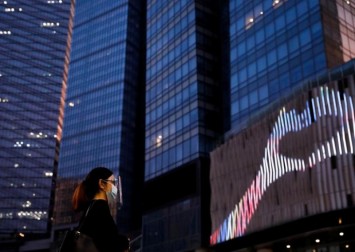 Christmas amid the coronavirus also recalls grim holidays from the country’s past. According to Dr Ricardo Jose, a history professor at the University of the Philippines, “the worst Christmas was in 1941, when the war started. Manila was bombed at that time, the Japanese were invading. Nobody could feel Christmas.

“The years after that [under the occupation of the Japanese] were very difficult. Big religious festivals were banned, processions were banned.”

Said the retired marketing executive: “I’m sad that I will not see my relatives, but glad that everyone is safe.”

For Cabrera, the former nutritionist, Christmas is what you make of it. “We will enjoy it as much as we can,” she said, adding that she plans to meet her family over Zoom. “It’s your choice to be happy or sad.”