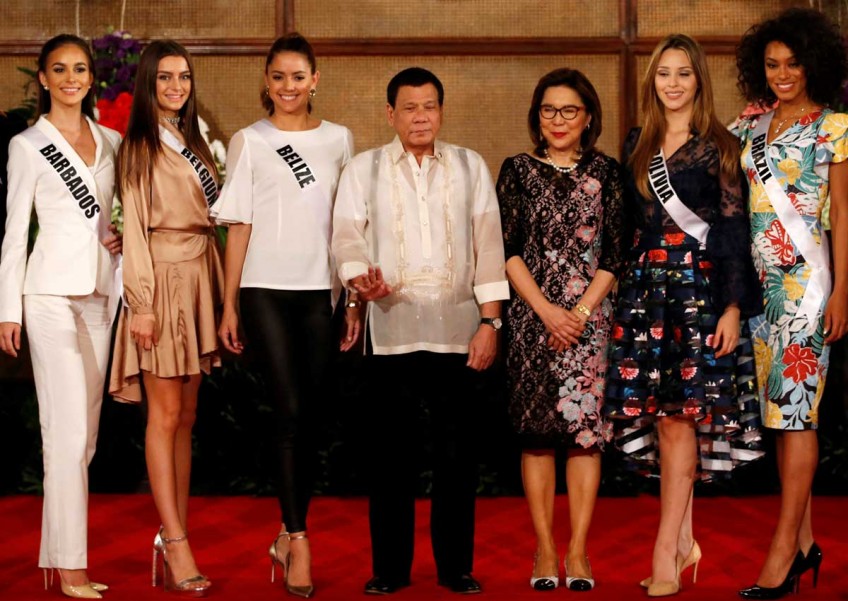 Bangkok - The Philippines tourism secretary urged the media Wednesday to "tone down" coverage of President Rodrigo Duterte's deadly drug war, complaining that reports on extrajudicial killings were scaring away foreigners.

On a trip to Thailand accompanying Duterte, Tourism Secretary Wanda Teo insisted the Philippines was a safe destination but said journalists were making the country a hard sell because of their focus on the killings.

"Help us because you know, it's really difficult for me to sell the Philippines, especially when extrajudicial killings becomes the topic," Teo told Filipino reporters following the Duterte entourage.

Teo said tour operators abroad were "always" asking her about the issue, citing Asia and Europe as regions where people were particularly concerned.

"To the media, please tone down a little the extrajudicial killing (reports)," she said.

Duterte was elected last year after promising during the campaign to eradicate drugs in society by killing tens of thousands of people.

Since he took office nearly nine months ago, police have reported killing 2,594 people in the drug war while rights groups say thousands more have been killed in a state-sanctioned campaign of mass murder.

While most of those killed have been poor people living in slums, some foreigners have also died.

Duterte briefly suspended all police from the crackdown in January after it was revealed anti-drugs officers used the drug war as cover for kidnapping and murdering a South Korean businessman.

But, after describing the police force as "corrupt to the core", Duterte brought it back a month later and vowed to continue the crackdown until all drug traffickers were off the streets or killed.

Duterte has over the past year become a well-known figure internationally because of the drug war and his caustic rhetoric against critics.

Duterte this week boasted that calling then-US president Barack Obama a "son of a whore" had made him famous.

He then used more foul language to respond to criticism from European lawmakers of the drug war, and called them "crazies".

The Philippines, despite picturesque tropical islands and spectacular mountains, has long lagged behind its neighbours as a tourist destination.

This is partly due to decades-long Muslim and communist insurgencies, as well as frequent kidnappings of foreigners by Islamic militants.

About 5.9 million tourists visited the Philippines last year, compared with 32.6 million for Thailand.