Metro Manila has been effectively shut off from the rest of the Philippines and the world since March 16, 2020.

Philippine authorities are cracking down on secret clinics reportedly treating foreign nationals with coronavirus symptoms and will file charges against their operators, Justice Secretary Mendardo Guevarra said on Thursday.

He also ordered the police to trace the whereabouts of foreigners who had undergone treatment in such facilities and “who could still be dangerously roaming around”.

Guevarra’s comments came after the police released two Chinese nationals who had been detained in a raid of a seven-bed clandestine clinic operating inside a villa in Clark Freeport, north of Manila, on May 18.

Police sources said the pair had been placed in “the custody” of Shidaikeji Technology – the corporation which leased out the villa that was raided.

The sources, who spoke on condition of anonymity as they did not have the authority to comment publicly, said Hu Ling, 45, and Lee Seung Hyun, 38, had not been arrested initially but “invited for investigation” and were found to be carrying “legitimate visas” – although whether these allowed them to treat patients, the sources could not say. 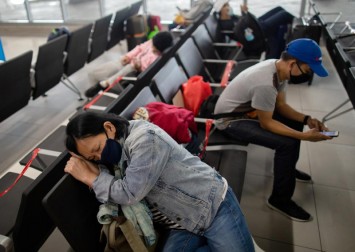 Both will still be charged and “cases are being prepared for filing”, the sources said, adding that they were waiting for confirmation that the medications seized had not been certified by the Philippines ’ Food and Drug Administration.

Immigration Commissioner Jaime Morente said on Thursday that the pair had been placed on an “alert list” to prevent them from leaving the country “and ensure their presence while they are undergoing criminal and administrative investigation”.

A probe by the Justice Department’s investigative arm and the Immigration Bureau of “clandestine medical clinics catering mostly to foreign nationals” that were “operating without proper authority” had been ordered by Guevarra personally, he told reporters on Thursday.

This follows the arrest on Tuesday of two Chinese nationals claiming to be doctors in the heart of Makati, the Philippines’ financial capital.

Colonel Oscar Jacildo, police chief of Makati City, said in a press briefing that the pair – who were unable to produce their original passports and identified themselves as David Lai, 49, and 41-year-old Bruce Liao, or Liao Songhua – were charged with practising medicine without a licence, dispensing unapproved medications and violating a provision of the recent Bayanihan to Heal as One Act that mandates the reporting of “notifiable and infectious disease”.

Complaints about hospital waste products repeatedly clogging up the building’s drains had been filed by its maintenance provider as early as April, Jacildo said, so to find out what was going on, the police sent in a “Chinese asset” who pretended to be sick. 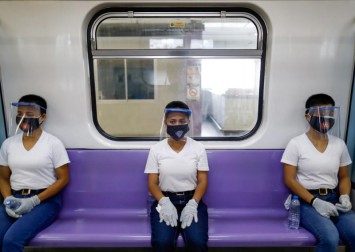 The unit containing the illegal clinic had been leased out since January 7 for the sizeable sum of 122,000 pesos (S$3,400) per month.

Inside, police found “boxes and boxes of coronavirus test kits, Chinese medicine and some Viagra”, as well as a computer which had the records of “patients they have already treated [dating back to] as early as March”, Jacildo said.

Meanwhile, the earlier Shidaikeji case has attracted much public interest among Filipinos, as the corporation was previously identified by Clark Development Corporation President Noel Manankil as a “support service company” to a Philippine Offshore Gaming Operator, or Pogo.

The company villa which housed the seven-bed clandestine clinic that was raided on May 18 is located inside the 302-hectare Fontana Leisure Parks complex, which in 2016 was controlled by Macau tycoon Jack Lam and figured in a 50-million-peso bribery scandal involving two senior immigration officials and the release of more than 1,300 Chinese nationals accused of working illegally for an online gaming operation run by Lam.

On May 20, Clark Development Corporation, which operates Clark Freeport, ordered all of Fontana closed.

This prompted Fontana Development Corporation to issue a statement on May 23 saying it had “no involvement or any participation in the alleged illegal health facility that was discovered recently by authorities in one of the villas at the Fontana Leisure Park”. 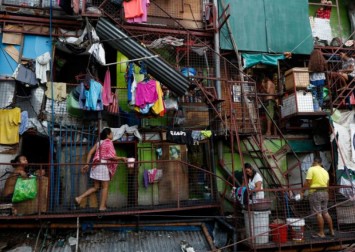 Simon Wu, assistant general manager of Fontana Development Corporation, said the villa was “under the exclusive control of Shidaikeji Technology Corporation, a long-time locator of the Clark Freeport Zone … Fontana has no control over the property or the operations therein [and has] zero operations at present” because of the pandemic.

“Shidaikeji has been using the villa to attend to their own employees’ needs and that they are not operating as a Covid-19 clinic,” he said, adding that “the two foreign individuals who were arrested in the vicinity were released on the same day with no charges filed”.

Wu also disclosed that on May 22, some 490 persons working for Shidaikeji were swabbed for coronavirus by the Philippine Red Cross - thought to be the first time that Chinese Pogo workers have officially been tested.

Despite their numbers and the fact that some came from Wuhan, no Pogo worker has ever tested positive for Covid-19, according to Department of Health records.

Following the raid in Clark Freeport, Dennis Pineda, the provincial governor of Pampanga where the zone is located, has urged authorities to “look for other reported similar illegal facilities” inside the hub for Pogo service providers.

She described Dizon, who is the acting chair of Clark Development Corporation and could not be reached for comment for this article, as the “mass testing czar and king of Clark”. 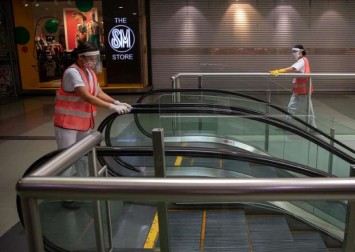 “By hosting the illegal Pogo Covid-19 hospital and the warehouse of illegal Chinese medicines inside Clark, Mass Testing Czar Vince Dizon is actually endangering the public health within his territory,” De Lima said.

“This government never ceases to be so horrendous and diabolical in their treason to the Filipino nation.”

The Philippines saw its biggest spike in coronavirus cases on Thursday with 539 new infections – bringing the total to 15,588 with 921 deaths – on the same day that a panel recommended the president ease one of the toughest and longest lockdowns in the world for residents in the capital Manila.

President Rodrigo Duterte announced later that he would lift the strict restrictions on commerce and movement from June 1 to reduce damage to the economy, which is facing its deepest contraction in 34 years.

But not before Manila’s lockdown this weekend surpasses the 76-day quarantine of Wuhan , the Chinese city where the first outbreak of the coronavirus was detected.

This article was first published in South China Morning Post, with additional reporting from Reuters.