Philippine President Rodrigo Duterte has revealed that he is awaiting the results of fresh medical tests, adding that "if it's cancer, it's cancer".

Duterte, 73, is the oldest person ever to be elected president in the country and speculation about his health has cropped up regularly since he took power in 2016.

In a speech late Thursday the president said he underwent an endoscopy and colonoscopy about three weeks ago but that he was advised this week to repeat the tests.

"I don't know where I'm at now physically, I have to wait for that. But I would tell you that if it's cancer, it's cancer," he said.

"And if it's third stage, no more treatment. I will not prolong my agony in this office or anywhere," he added.

Speculation began to swirl in Philippine media after Duterte missed a Wednesday cabinet meeting and another public event. 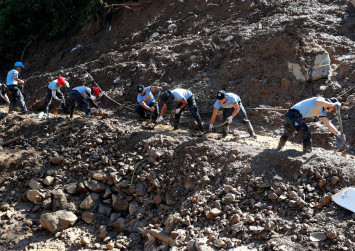 The government had denied the leader was having health problems, with spokesman Harry Roque saying the president "just took his day off."

"I assure you that I have no information that he went to a hospital," Roque added.

However, in Duterte's Thursday speech he said: "There was supposed to be a cabinet meeting, that was yesterday, but... Somebody advised my doctor just to repeat and get some (medical) samples."

Duterte has said previously that he suffers from daily migraines and ailments including Buerger's disease, an illness that affects the veins and the arteries of the limbs, and is usually due to smoking.

He has cited his ill health as the reason for skipping events during summits abroad.

The president, known for his deadly crackdown on drugs, also revealed in 2016 that he used to take fentanyl, a powerful painkiller, because of a spinal injury from previous motorcycle accidents.