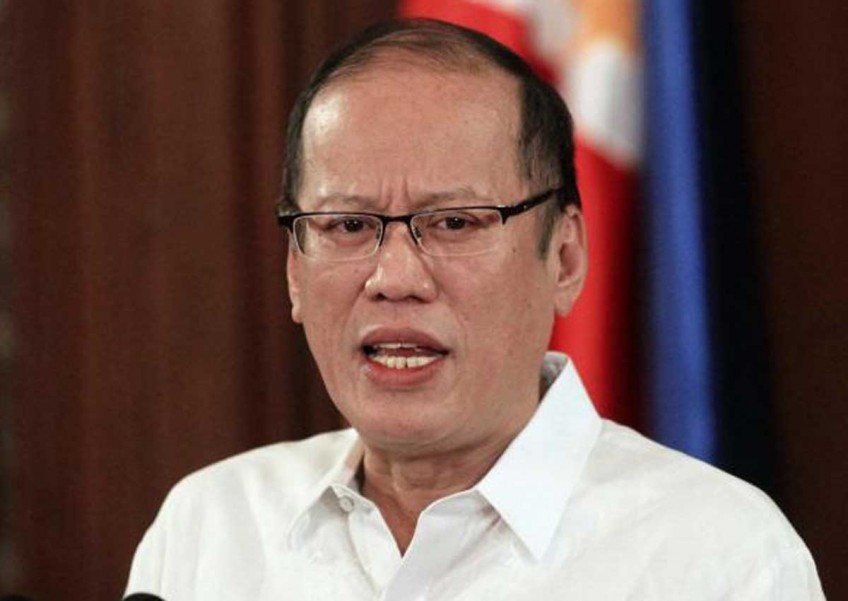 Speaking in an interview with ABS-CBN television, Aquino said that China had proposed the joint development of the South China Sea while at the same time claiming almost all of the strategically sensitive waters.

"The joke then was that China was saying 'what is ours is ours, what is yours, we share,'" Aquino said.

He also rejected China's calls for a bilateral dialogue, saying that any talks should involve other countries that claim parts of the area such as Brunei, Malaysia, Vietnam and Taiwan.

Aquino praised Japan's passage of controversial legislation that eases restrictions on its military, opening up the possibility that it could fight abroad for the first time since World War II.

He said this would make Japan "a more able partner in various activities like peace-keeping." "Should they be accorded lesser rights because at one point of time, they were very aggressive?" he added.

The security bills, which the Japanese parliament passed into law on Saturday, drew condemnation from China, which said they were a threat to regional peace, but the Philippines welcomed the move.

Aquino firmed up the strategic partnership between the two countries when he visited Japan in June and the Philippines hosted two naval exercises in quick succession with Japan earlier this year.

The Philippines has been the most vocal opponent of China's claims in the South China Sea, criticising its efforts to turn isolated outcrops in the disputed waters into artificial islands that can host military facilities.