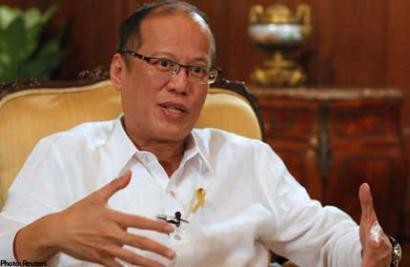 MANILA - The Philippines will plug leaks in a controversial fund set aside for legislators' pet projects, the latest in President Benigno Aquino's efforts to clean up one of Southeast Asia's most corrupt nations.

Aquino's announcement on Friday appeared timed to preempt a planned march at Manila's largest park on Monday in protest against lawmakers' misuse of "pork barrel" funds, or those used to impress voters.

Organisers said the protest action will go on nevertheless.

Despite the Philippines' strong fundamentals - GDP growth in the first quarter was the fastest in the region - corruption has been a chronic problem hindering economic growth.

According to the World Bank's 2012 worldwide governance indicators, the Philippines was at the bottom of East Asia's 10 largest economies based on control of corruption.

"We need a bigger reform to fight those who are really persistent in abusing the system. It is time to abolish the PDAF," Aquino said in a televised address.

He said projects to be financed from pork barrel funds would now have to be specified in the budget unlike in previous years where the money was lumped under one budget entry under PDAF - consisting of about 1.1 per cent of available funds.

"Abolishing PDAF does not abolish the pork barrel system,"said Ramon Casiple, executive director at the Institute for Political and Electoral Reforms, adding Aquino cannot entirely scrap the practice unless he scraps patronage-based politics.

Lawmakers use pork barrel money to finance projects for their constituencies, aiding their re-election. The government, past and present, has also used the fund as a form of reward for lawmakers for their loyalty and support in key reform and legislative measures, analysts said.

The controversy erupted after a state audit of the 2007 to 2009 pork barrel funds showed that some lawmakers had funnelled about 10 billion pesos ($226 million) in total to non-existing projects and non-government organisations during the previous government of Gloria Macapagal Arroyo, now under detention for plunder and electoral fraud.