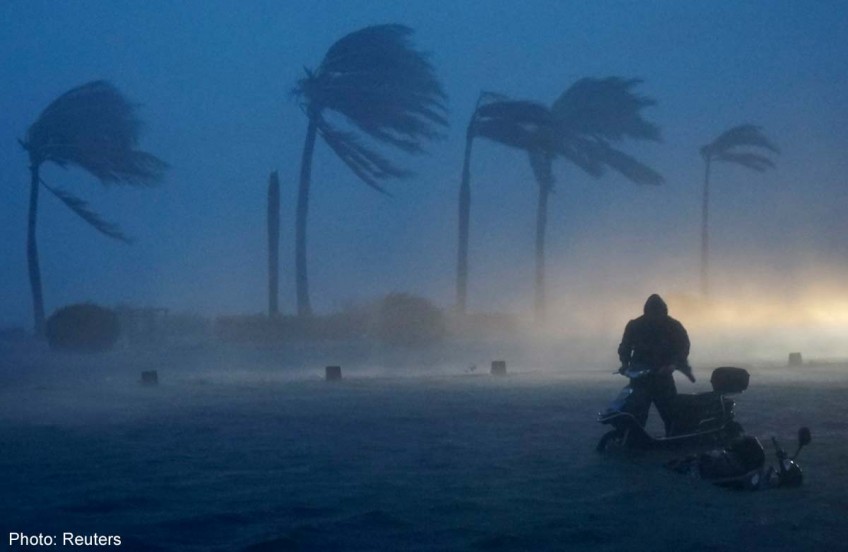 MANILA - The disaster-weary Philippines braced for a second severe storm in five days on Saturday as the death toll from Typhoon Rammasun surged to 77, officials said.

While Tropical Storm Matmo was not forecast to hit the main island of Luzon, the weather service warned it would still bring heavy rains to the area over the weekend, along with the threat of flash floods or landslides.

"(Matmo) has entered the Philippine area of responsibility. We should get ready now before the heavy rains fall," President Benigno Aquino's spokeswoman Abigail Valte said in a warning broadcast over government radio.

The threat from Matmo came as the country picked up the pieces from Rammasun, the first major storm of the wet season and the deadliest since Super Typhoon Haiyan killed about 7,300 people in November last year.

Rammasun sliced across the country's economic heartland including Manila on Tuesday, killing 77 people and wrecking more than 111,000 homes, the National Disaster Risk Reduction and Management Council said in an updated tally.

The death toll had stood at 54 dead a day earlier, before casualty reports from remote areas came in.

Power was restored to most of Manila, a sprawling metropolis of more than 12 million people, overnight Friday, according to the regional utility Manila Electric Co.

However, it warned that power cuts of up to five hours a day would continue across the capital as it rations limited supply, with a number of generating plants still cut off from the grid.

The government said it would take a few more days to repair thousands of power pylons and downed transmission lines across the industrial provinces south of Manila and the impoverished Bicol agricultural region to the southeast.

Matmo was about 600 kilometres (380) miles off the eastern island of Samar on Saturday morning with maximum gusts of up to 90 kilometres an hour, the state weather service said.

It was forecast to head northeast, skirting Luzon before hitting the sparsely populated Batan island group between Luzon and Taiwan early Tuesday.

The Philippines endures about 20 cyclones each year.

It is forecast to weaken into a tropical storm on Sunday and dissolve into a low-pressure area on Monday as it tracks the China-Vietnam border.