The Philippines has vowed to immediately send back to Hong Kong 25 tonnes of trash dumped in the Southeast Asian nation, officials said Monday, in an effort to change its status as the world's third largest ocean polluter.

John Simon, deputy customs collector for the Northern Mindanao region, told reporters that the trash from Hong Kong - about 25,610kg of crushed electronic materials - was shipped by Hin Yuen Tech Env Limited and was consigned to Crowd Win Industrial Limited of Pasay City.

The trash, he said, arrived at the Mindanao Container Terminal in the southern Philippines' Misamis Oriental province on January 2, but was only discovered on May 22.

"We're sending the s*** back," Foreign Affairs Secretary Teodoro Locsin Jnr said in a May 25 tweet, adding that the country had stopped accepting foreign trash under the Duterte administration.

The latest scandal comes as Manila is locked in a separate bilateral row with Canada over rubbish.

President Rodrigo Duterte two weeks ago ordered the recall of the Philippines' ambassador and consuls from Ottawa after failing to get Canada to take back 100 containers filled with about 2,500 tonnes of household waste - including plastic bottles, bags and used adult diapers - that were shipped between 2014 to 2015. 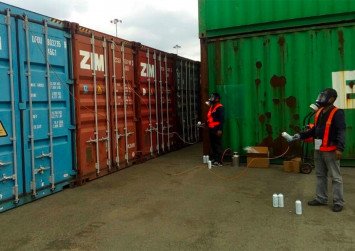 Locsin did not specifically reveal how the trash from Hong Kong would be returned. In the Canadian case, Duterte instructed officials to find a private shipping firm to return the trash at Manila's expense as soon as possible.

Simon saw the shipment from Hong Kong as a test to see how much the company could get away with.

"They are just checking if it could pass through customs. Fortunately, we were able to intercept it," he said.

"[Hong Kong] is committed to combating illegal transboundary movement of waste. Our laws do not allow the export of waste for dumping," said a spokesman for Hong Kong's Environment Bureau in a statement.

"Through the Basel Convention network, we are contacting the relevant authority of the Philippines to request more information about the case for our further investigation."

The Basel Convention on the Control of Transboundary Movements of Hazardous Wastes and their Disposal was adopted in 1989 in response to a public outcry following the discovery in Africa and other parts of the developing world of deposits of toxic waste imported from abroad.

The Philippines is a signatory, and so is China, through which the convention also applies to Hong Kong.

She said her group found the shipment's place of origin ironic since China last year moved to protect the environment within its borders by banning waste imports.

"We denounce this latest attempt to bring into the [Philippines] over 25 tonnes of mixed plastic waste from Hong Kong. We therefore request the Chinese government seriously look into this matter," Lucero said.

"I hope the president can also look into reports of garbage coming from Australia and Hong Kong, and issue directives for their immediate return," Cua said. 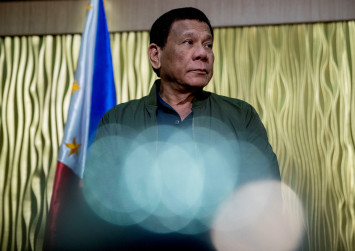 "We understand the Bureau of Customs would export this illegal shipment back to its port of origin," Panelo said in a statement.

"We call on concerned agencies of the government to continue exercising vigilance and hinder the entry of such shipments of garbage into our territorial jurisdiction."

Southeast Asian countries have been swamped with the world's trash after China banned imports of plastic waste in January 2018.

Aside from Hong Kong and Canada's waste, at least nine containers from Australia were intercepted at Mindanao Container Terminal on May 3. However, the consignee, Holcim Philippines, explained the containers were declared to contain processed engineered fuel and municipal waste made from processed trash for alternative fuel used to produce cement.

Joel Pinawin, supervisor of the Customs Bureau's Intelligence and Investigation Service, said this explanation was insufficient as the shipment contained trash, which was still considered a banned item.

Earlier this year, the Philippines shipped back to South Korea tonnes of garbage stored in 51 container vans, which the Korean government accepted after the waste was falsely labelled as plastic flakes.