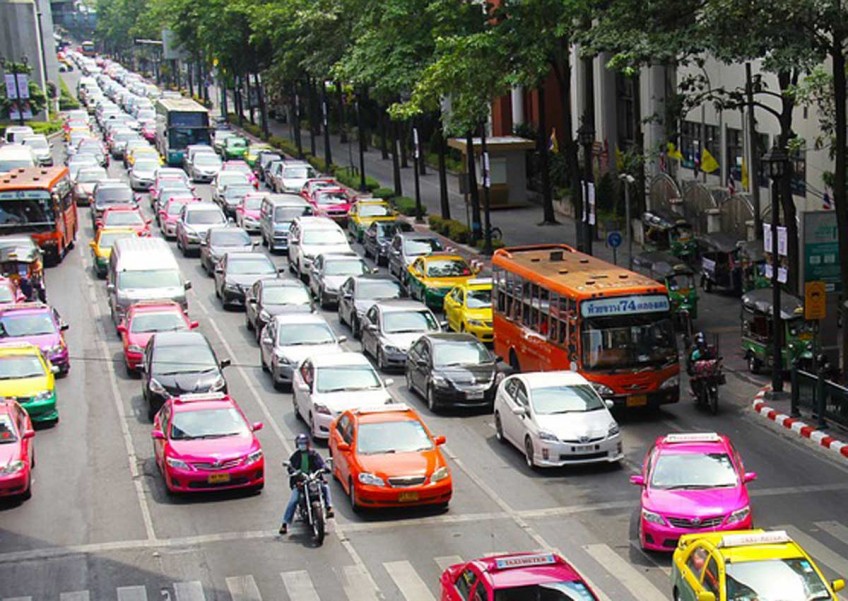 A British couple shed tears of joy when a taxi driver returned the wife's handbag containing Bt70,000, (S$2830) their passports and credit cards after she left it in his vehicle on Phuket.

The husband and wife, Danny Macknew and Apple Cush, got their belonging back from Ratchaphak Tanseksiri, 50, at the Tourist Police Station 2 in Phuket at 7.20pm on Wednesday.

At about 11am on the same day, they hired Ratchaphak's taxi in front of the Phuket Merlin Hotel and travelled to Phuket Bus Station.

The wife placed her handbag on the floor and forgot to take it with her when they alighted the vehicle.

They called the 1155 hotline of the Tourist Police but they did not know the taxi's licence plate number.

Fortunately, Ratchaphak's next passenger after the couple spotted the bag and informed him. Ratchaphak realised that it belonged to the British couple and contracted the Tourist Police to return it.

In the meantime, the Tourist Police coordinated with Phuket police and learned that the couple had used Ratchaphak's taxi and they called him while he was driving to return the bag.