Indigenous Defence Fighter aircraft fly in formation during an inauguration ceremony of a maintenance centre for fighter jets in Taiwan on Aug 28, 2020.

A Taiwanese air force F-5E fighter jet has crashed in the sea off the coast of the eastern county of Taitung on a routine training mission, killing the pilot and prompting the military to ground all similar ageing aircraft which have been in use for more than four decades.

The single-seated F-5E took off from the Chihang airbase in Taitung at 7.29am when the pilot almost immediately reported a mechanical problem in the right engine over the radio, air force chief of staff Huang Chih-wei said in a news conference in Taipei on Thursday.

The pilot, identified as Chu Kuan-meng, was on routine air combat and defence training. He managed to eject from the jet before impact but rescuers found no vital signs, Huang said.

“We sent a helicopter to look for him at 7.32am … and when the rescuers found him and carried him to the helicopter, he had already lost consciousness,” Huang said, adding the pilot was rushed to a nearby hospital where he was pronounced dead.

“We are still investigating the exact cause of the crash,” Huang said, adding the air force had ordered the grounding of all its F-5E jets.

Chu had attained 703 hours of flight time, with more than 510 hours in the F5 series and was found fit to fly in pre-flight evaluation, according to Huang who also confirmed that weather conditions and visibility had both been fine before the crash.

Asked why Chu had not survived, despite his successful ejection from the jet, Huang said there were a number of likely factors, including the jet’s altitude, its speed and the tension of the parachute.

Taiwanese president Tsai Ing-wen said she had ordered a full investigation into the cause of the crash and offered her condolences to Chu’s family. He is survived by his wife and a daughter.

The island’s F-5Es were last grounded in 2011, after a crash in the eastern county of Hualien.

Taiwan started assembling F-5E/F fighter jets on the island in 1973, with all necessary technologies and key engines provided by US-based Northrop Corporation. At one time the Taiwanese air force had 242 single-seated F-5Es and 66 twin-seated F-5Fs.

With the introduction of 150 F-16s, 60 Mirage 2000-5s and 130 F-CK-1s in the mid-to-late 1990s, the F-5E/F series was downgraded to the air force’s second line of fighters and have now been mostly withdrawn from service as squadrons converted to the newer aircraft.

According to retired air force lieutenant general Chang Ting-yen, only about 40 F-5E/Fs remain in service where they are used in training roles. 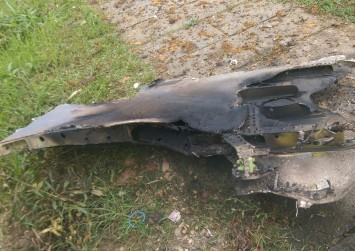 “They have been used for more than 40 years, and mechanical problems would be inevitable,” Chang said. In addition, spare parts are no longer available from Northrop which has ceased production of the series.

''This meant alternative or old spare parts from retired or scrapped F5-E/Fs were now used for repair and maintenance of the warplanes, he said.

Chang said the Taiwanese air force originally planned to retire all its F-5E/Fs in 2019, hoping they could be replaced by the locally developed Yung Yin (Brave Eagle) advance jet trainers.

The development project was launched in 2017 but production was delayed and the test of the first Yung Yin was only conducted in June.

The prototype of the trainer jet was unveiled in September by the government-owned Aerospace Industrial Development Corp. The Yung Yin is capable of providing air support in combat due to its ability to carry missiles and bombs, according to the air force.