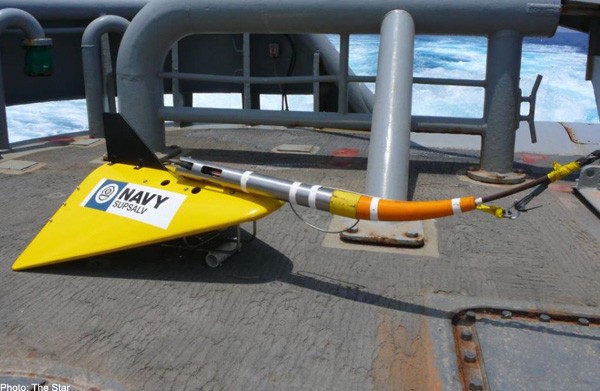 A pinger locator was dispatched from Panglima Utar seaport, West Kotawaringin, Central Kalimantan, on Sunday, to detect signals from the black box of AirAsia flight QZ8501, an official has said.

The deputy head of the Agency for the Assessment and Application of Technology (BPPT), Ridwan Djamaluddin, said the pinger locator was transported on a National Search and Rescue Agency (Basarnas) ship before being transferred to research vessel KR Baruna Jaya I, which belongs to the BPPT.

"The pinger locator will be dispatched to the sea. It will send signals to the AirAsia black box, which will reply to the calling signals. We hope to learn the precise location of the black box," Ridwan said as quoted by Antara news agency on Sunday.

As of Saturday, the joint search and rescue team had recovered 30 bodies of people onboard the plane, which crashed into the waters of the Karimata Strait while en route from Surabaya to Singapore on Dec 28.

All of the bodies have been flown to Surabaya for identification by the National Police's Disaster Victim Identification (DVI) at Bhayangkara Police Hospital.

The team has so far managed to identify six of the 30 bodies and hand them over to their families.