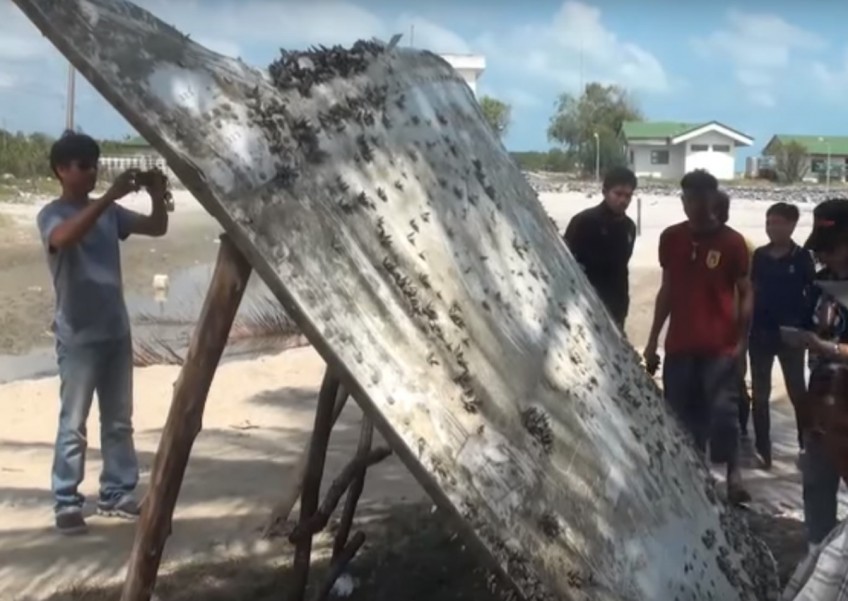 BANGKOK - A piece of suspected plane wreckage has been found off the coast of southern Thailand, a local official said on Saturday, prompting speculation it might belong to Malaysia Airlines Flight MH370, which vanished nearly two years ago.

A large piece of curved metal washed ashore in Nakhon Si Thammarat province, where villagers reported it to the authorities to help identify it, Tanyapat Patthikongpan, head of Pak Phanang district, told Reuters.

"Villagers found the wreckage, measuring about 2m wide and 3m long," he said.

The find has fuelled speculation in the Thai media that the debris could belong to MH370, which disappeared with 239 people on board during a flight from Kuala Lumpur to Beijing in March 2014.

There has been no official confirmation that the wreckage belongs to a plane. And Patthikongpan added that "fishermen said it could have been under the sea for no more than a year, judging from barnacles on it."

Investigators believe someone may have deliberately switched off MH370's transponder before diverting it thousands of miles off course. Most of the passengers were Chinese. Beijing said it was following developments closely.

Reunion in July 2015 but no further trace has been found.

Lingering uncertainty surrounding its fate has tormented the families of those on board. Some have said even the discovery of debris would still not solve the mystery.