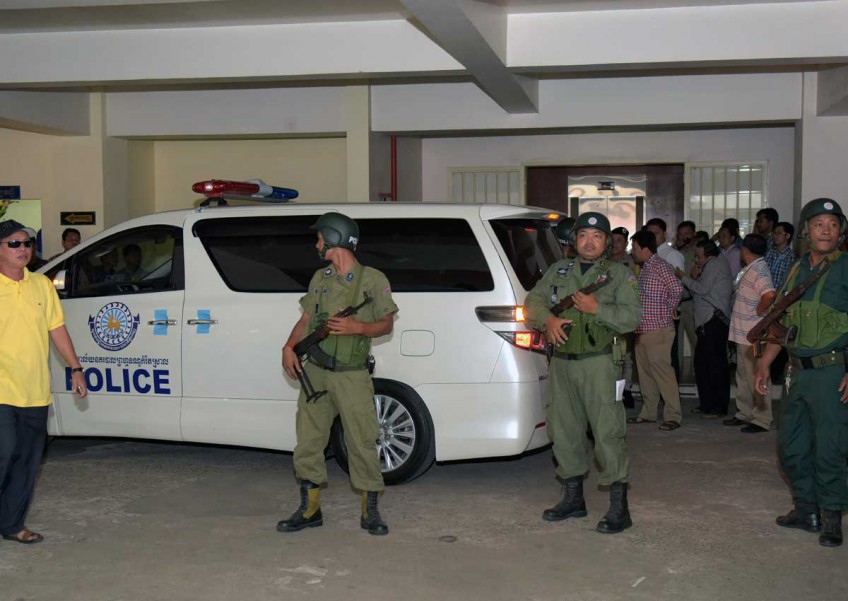 PHNOM PENH - Cambodian police on Tuesday (July 12) named a man accused of gunning down a prominent political analyst, as his wife cast doubt on claims the killing was motivated by an unpaid debt.

The suspect was arrested shortly after popular government critic Kem Ley was shot dead in the capital Phnom Penh Sunday morning, a brazen murder that sent jitters across a country already bristling with political tensions.

Police said the man initially gave the alias Chuob Samlab - meaning "meet to kill" in Khmer - and claimed he shot the pro-democracy campaigner over an outstanding debt.

But on Tuesday, police said the suspect's real name is Oueth Ang and said he hails from north-western Siem Reap province.

The suspect's wife, 45-year-old Hoeum Horth, said her husband of two months was a former soldier who spent several years as a monk and more recently began working for an environmental organisation.

She also seeded new doubt over his alleged motive, which activists have been quick to question in a country with a long history of political assassinations.

"I don't believe the debt issue was the motive. Kem Ley is rich and we are poor," she told AFP, adding that her husband did not have a violent streak to her knowledge.

"He did not dare to kill even a chicken," she said.

Mourners continued to flock to the temple where Kem Ley's body is being kept ahead of his funeral to pay respects.

The popular radio commentator was a regular critic of Hun Sen, the 63-year-old who has ruled over notoriously corrupt Cambodia for three decades, as well as the political opposition.

Hun Sen's government stands accused of clamping down on critics and political rivals ahead of a 2018 poll, using the courts to strongarm opponents.

They also accuse him of tampering with elections, running a graft-riddled business empire and spearheading a host of rights abuses.

He has ordered a thorough investigation into Kem Ley's killing and urged people not to turn the case into a "political act".