Indonesian police officers gathering for a deployment ceremony in Jakarta, on Dec 21, 2018.

JAKARTA - National Police deputy chief Ari Dono Sukmanto said on Saturday (March 2) that the police have been focusing on the prevention of growing confrontation between supporters of presidential candidates ahead of the legislative and presidential elections in April.

Commissioner General Ari said the rise of confrontation between supporters of the two camps is not only on social media, but also in public.

"They are usually noisy only on social media, but now they are also doing it offline. We must prevent this trend," he said in a discussion held by the Families of the National Police at a hotel in South Jakarta.

The forum was attended by various institutions, including the police and rights group Setara Institute, as well as political experts. 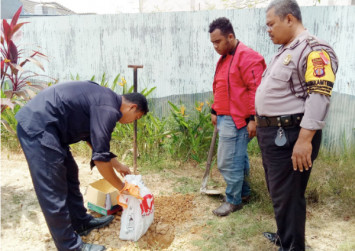 With more than half the population connected to the Internet, Indonesians are very much attached to social media platforms, including Facebook, Twitter and Instagram, making fake news and hate speech on social media prone to causing disputes offline.

In November, a man was shot to death in Sampang, Madura, after posting a status endorsing a presidential candidate on Facebook. He met one of those who opposed him on the street and became involved in a fight that led to his shooting.

The police have also arrested people who allegedly spread hate speech through social media. A video that recently went viral on social media showed three women in Karawang, West Java, claiming that should incumbent President Joko Widodo be re-elected, he would ban adzan (call to prayer) and legalise same-sex marriages. The women were arrested for inciting hate speech under the Electronic Information and Transactions Law.

The police and political experts are worried that fake news and the spread of hate speech would escalate ahead of the elections.

"(The disruptive effect of misinformation) happened in the (2016) presidential election in the United States. Perhaps this could happen to us, too. The public must be ready to respond to this critically," Commissioner General Ari said, referring to the rampant misinformation on Facebook that had allegedly influenced the US election. 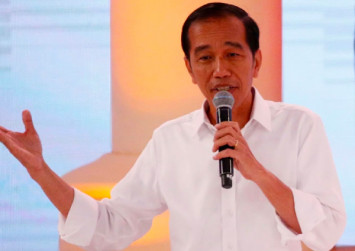 He went on to say the police are currently taking stern measures to fight misinformation, expressing hope that more civil organisations help ease the tensions.

Mr Hendardi, chairman of the Setara Institute, a non-governmental organisation focusing on advocacy and research on democracy and human rights, said the police's move to prevent disinformation is on the right track. The move includes the arrest of cyber groups Saracen and Muslim Cyber Army for deliberately spreading lies via social media.

He said the police had also made some preventive efforts, including raising awareness in mosques regarding fake news.

"However, the results are still lacking," Mr Hendardi, who goes by one name, said.

The Indonesian Military said it has also prepared 9,600 personnel in Kalimantan to help the police improve security approaching the April elections.

"Samarinda, Banjarmasin and Balikpapan are our priority," he said.

Banjarmasin is the capital of South Kalimantan, which is also the most populated city in Indonesia's part of Borneo Island.

Maj-Gen Subiyanto said cities in North Kalimantan, such as Tarakan and Tanjung Selor are also being monitored.