Police use water canon on protesters at APEC summit 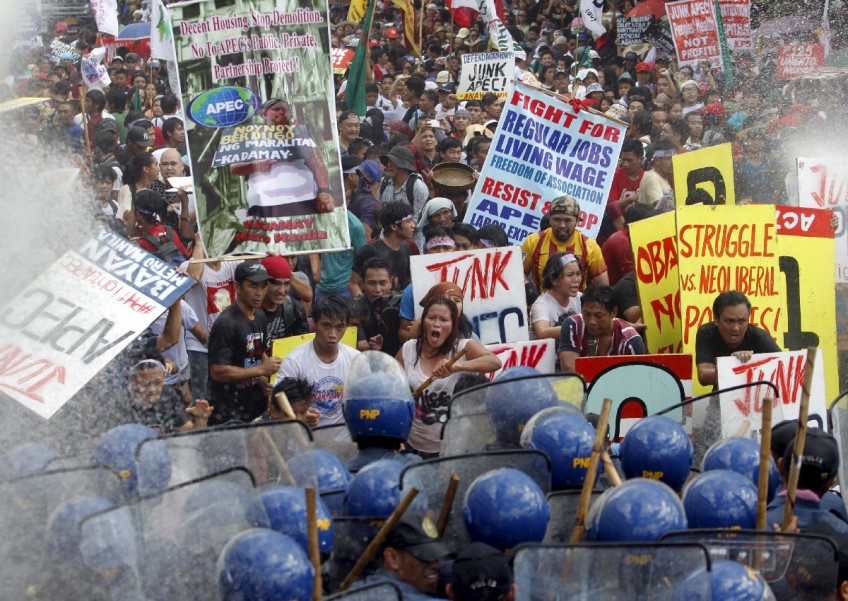 MANILA - Philippine police used water canon to prevent hundreds of left-wing demonstrators from disrupting an Asia-Pacific summit on Thursday, as leaders including U.S. President Barack Obama were gathering for the group photograph that is customary at the annual meeting.

The protesters, from the local Bayan (Nation) group, were kept about a kilometre (a half mile) from the Philippine International Convention Centre where the leaders, also including Chinese President Xi Jinping and Japanese Prime Minister Shinzo Abe, were arriving for the summit's morning session. "We are not for sale," the protesters chanted as water sprays from two firetrucks were rained on them. "Junk APEC".

There no immediate reports of injuries.