Police in Bangkok have charged a Porsche driver who crashed into at a motorcycle, killing two women, one of them also losing her unborn baby. The accident also damaged a roadside motorcycle-repair shop.

The results of an inebriation test were forthcoming, which could lead to further charges.

Adul spoke to reporters after outrage mounted on social media over the weekend amid reports that the driver in the crash in Nong Khaem district had been ferried from the scene while victims lay dead and injured. One of the women died instantly at the scene. The other lost limbs as well as her unborn baby and succumbed to her injuries soon after.

While claims were persisting on Sonday that no one had yet come forward with offers of help or restitution for the family of the women killed, another report indicated the driver's wife contacted police to offer each the families of the women killed Bt50,000 (S$2,100) for funeral expenses.

She was said to have insisted her husband was not drunk. 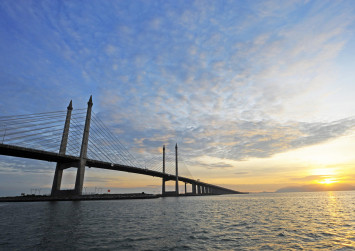 The driver is reported to have crawled from the wreckage with broken legs, possibly intoxicated, and been placed in a Toyota Fortuner, which sped away before emergency responders arrived.

Acquaintances of the dead women spread the story online with a hashtag referring to cases of wealthy people going unpunished for their crimes.

Wongsatorn Karnsasomsap, owner of the repair shop, said early on Sunday that the Porsche driver had not yet contacted him about paying for an estimated Bt300,000 in damages.

He and his friends could have been crushed too had they remained sitting inside the shop as usual, he said.

One friend, Somkid Maneetham, said he heard the sound of brakes just as he was about to leave on his motorcycle.

"I gunned the engine to get out of the way and then heard a bang and went back to help the victims," he said.

Reports have suggested the Porsche driver was "showing off" in the car when the accident occurred.