LARKANA, Pakistan - A singer was shot dead during a festive ceremony in Kanga village near Larkana, Pakistan last Tuesday.

Twenty-four-year-old Samina Samoon, also known as Samina Sindhu, was allegedly shot dead by Tarique Ahmed Jatoi while she was performing at the gathering.

She had reportedly refused to oblige his 'request' that she stand up while she sang.

The accused, who was allegedly intoxicated, had badgered the victim to comply before he shot her dead. 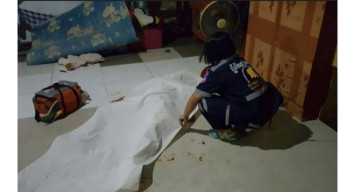 Samina was rushed to the Chandka Hospital, but could not survive her injuries and was pronounced dead.

The slain singer's husband told journalists that she had been six months pregnant with their child.

He demanded that the first information report should mention that the man who shot her and two of his accomplices are accused of double murder: that of the woman and her unborn child.

Police have arrested the main accused.