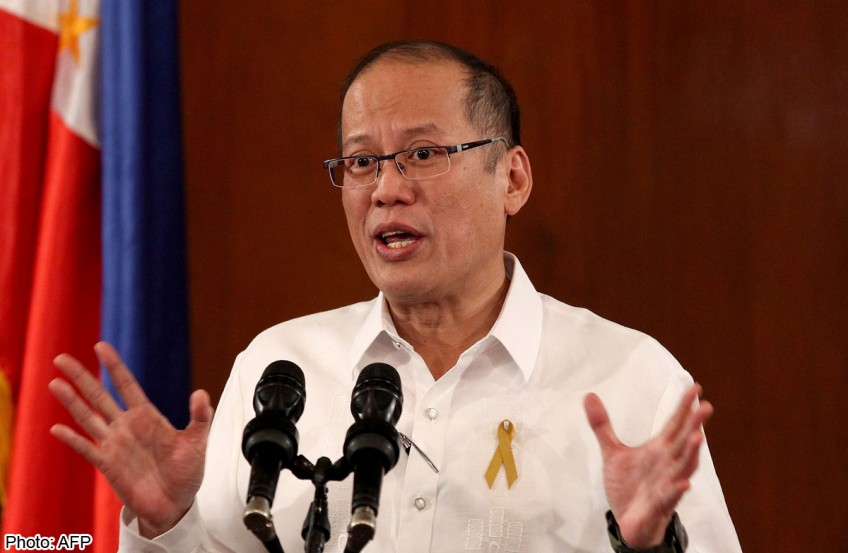 MANILA, Philippines-Public anger over the Mamasapano debacle has eroded President Aquino's standing among his "bosses," as calls for him to apologise to the nation and take responsibility for the death of scores of police commandos are mounting.

About eight out of every 10 adult Filipinos deemed insufficient the President's explanation of the Mamasapano fiasco, according to results of the nationwide survey that Pulse Asia conducted in the first week of the month.

Only 10 per cent said his explanation was sufficient, while another 11 per cent were undecided.

Communications Secretary Herminio Coloma Jr. said on Thursday that the President was listening to the sentiments of his bosses (the people).

"The President understands that this is part of the deep emotions of the whole country, saddened and angered by the loss of lives of our PNP-SAF troopers. So, our President is aware of the sentiments of our citizens," Coloma said when asked about the results of the survey.

The respondents were asked the question, "In your opinion, is the national administration's explanation, particularly that of President Aquino regarding the Mamasapano operation, enough or not enough?''

Conducted from March 1 to 7, the survey used face-to-face interviews with 1,200 respondents aged at least 18 years old. It had a margin of error of plus-or-minus 3 percentage points.

Before a gathering of evangelical church leaders on March 9, the President absolved himself of responsibility for the Mamasapano fiasco. He said he "was given wrong information by the people who knew most of what was happening."

The President said Director Getulio Napeñas, who was later sacked as SAF commander, had given him conflicting reports on the Mamasapano mission.

He acknowledged that he was communicating with Napeñas through PNP Director General Alan Purisima, who had been suspended earlier in connection with a graft case in the Office of the Ombudsman. Purisima resigned on Feb. 6 amid the public uproar over the Mamasapano debacle.

The President further claimed that Napeñas had failed to coordinate with the military, had refused to abort the mission even if the risks were getting higher and had "fooled" him.

Results from the same Pulse Asia survey released earlier this week showed that Aquino's approval rating dropped 21 percentage points from 59 per cent in November last year to 38 per cent.

His trust rating plunged 20 percentage points from 56 per cent to 36 per cent in the aftermath of the Mamasapano debacle.

Marwan was killed but Jihad and Usman escaped.

The military was not informed about the operation until the police asked for its support after coming under attack and suffering fatalities.

Public awareness of the Mamasapano debacle was essentially universal (99 per cent), while 91 per cent said they were aware of the President's absence during the arrival honors for 42 commandos at Villamor Air Base on Jan. 29.

The public criticised Aquino for choosing to attend a factory launching of Mitsubishi Philippines in Laguna province instead of taking part in the arrival honors for the fallen SAF members in Villamor Air Base.

"He (Aquino) is aware of the heightened emotions of the public about (his absence at the arrival honors) and I believe he will do what is needed based on his own appreciation of the situation," Coloma said on Thursday.

Amid the challenges facing the Aquino administration, however, 42 per cent of Filipinos were against the President stepping down.

Twenty-nine per cent agreed with the statement "President Aquino should resign as President of the Philippines now," while 28 per cent were undecided.

Three days after the ill-fated operation in Maguindanao province, the President, in a nationally televised broadcast on Jan. 28, clarified that Purisima had been reporting on the operation as early as May 2014 but stopped after he was suspended in December.

Aquino, however, declined to answer why Interior Secretary Mar Roxas and the acting PNP chief, Deputy Director General Leonardo Espina, were not informed about the operation.

In another nationally televised address on Feb. 6, Aquino sought to calm public outrage and said it was "his responsibility to find justice at the soonest possible time."

"This tragedy happened during my term, and I will carry this to the end of my days," the President said.

It was in this public address that the President also said that Napeñas should have aborted the operation to take down Marwan and two other terrorists because of apparent lapses from the plan.

"We can see that at every chance, the President exerted effort to convey to the people what he knows," Coloma said.

Former President Fidel V. Ramos said on Wednesday Aquino could still redeem himself by taking responsibility for the death of the 44 commandos and by saying "I am sorry."

Sen. Grace Poe earlier urged the President to take responsibility for the mistakes in the Mamasapano operation.