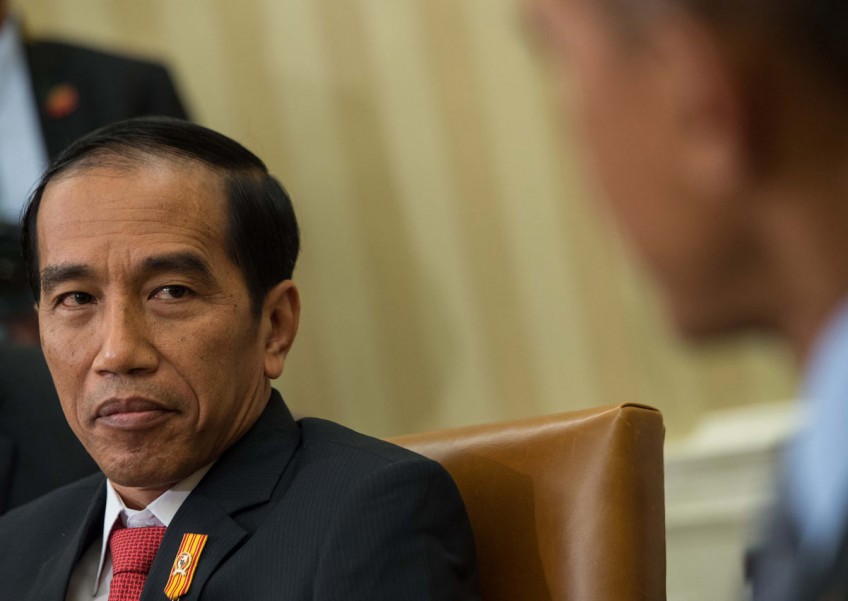 Indonesian President Joko Widodo looks at his US counterpart Barack Obama during a meeting in the Oval Office at the White House in Washington, DC, on October 26, 2015.
AFP

WASHINGTON - Indonesian President Joko Widodo, speaking after a meeting with US President Barack Obama on Monday, said his Southeast Asian country intends to join the Trans-Pacific Partnership trade deal the United States has forged with 11 other nations.

"We are the largest economy in Southeast Asia," Widodo said through a translator. "And Indonesia intends to join the TPP."

US Trade Representative Michael Froman said the United States would keep sharing information about the TPP, which will set common standards on issues ranging from workers' rights to intellectual property protection.

"As we have said from the beginning, TPP is intended to be an open platform to which other countries who are able and willing to meet the standards can potentially accede," he said at a business summit hosted by the US Chamber of Commerce.

President Widodo finalized more than US$20 billion (S$27.8 billion) worth of US deals during his trip, including a US$500 million infrastructure investment from Coca-Cola and up to US$1 billion from General Electric for Indonesia's energy and healthcare sectors, according to the Indonesian embassy in Washington. Both deals were for a five-year period.

The Indonesian government said earlier on Monday Widodo would be cutting short his trip to the United States in order to address the "haze crisis" caused by forest fires.

Widodo linked the fires to the effects of climate change felt by Indonesia.