LaLaLa Festival, Indonesia's international forest music festival, came under fire for mismanagement as attendees faced various problems during the event, such as limited shuttle bus services to and from the venue, as well as waste management.

The festival did not go as well as expected and many expressed their disappointment on Twitter, comparing it to Fyre Festival, a "luxury music festival that collapsed in chaos". The latter was founded by Billy McFarland, CEO of Fyre Media Inc, and rapper Ja Rule.

so, this #LaLaLaFest2019 thingy is Indonesian version of FYRE Festival?
oh fun pic.twitter.com/Zkd7s7RRSW

One festival-goer, @niickywijaya, said the festival was imperfect but fine.

Alethea Nathania, 24, was among the attendees who encountered difficulties with the festival's shuttle bus service.

Having paid for the official shuttle service, Alethea told The Jakarta Post that there was a long line at the meeting point, located at the Indonesia University of Education (UPI).

"Perhaps, due to rain and the two-way street, the buses had problems picking up all the guests [at the meeting point]. Those who wanted to go to the venue quickly decided to walk, but it was 3 kilometres away uphill," she explained.

Alethea, who went there to watch Jayesslee, Honne, Crush and Jeremy Passion, decided to go back before the festival ended.

She took an ojek pangkalan (unofficial motorcycle taxi) as information about the return shuttle bus service was unclear.

Attendee Damianus Andreas, 25, also shared a similar experience, saying that there was no detailed information regarding access to the venue.

"We had to walk around 2 kilometres uphill from the ticket exchange booth," said Damianus, "The pedestrian route was the same route taken by the shuttle bus. So we had to hike in the muddy road and give way to the buses."

Damianus said things got worse when the festival ended.

"[The organiser] said we could go to the parking areas by shuttle bus, but there was a traffic jam and many decided to walk," he said. 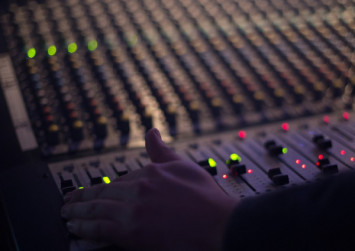 In addition to the shuttle bus service, Damianus also found numerous glass bottles left on the ground, which he found to be dangerous.

LaLaLa Festival public relations manager Ferally Mahardhika told the Post via telephone that they actually provided shuttle bus packages to avoid traffic jams. However, he said that many attendees drove to the venue.

The former sent guests from UPI to the festival gate. "It's very convenient," said Ferally. Unfortunately, many shuttle buses were stuck in traffic.

Meanwhile, the latter brought guests from drop off areas to the venue.

"We actually provided three parking spots around the venue and there were shuttle bus services at drop off areas. As many of them drove to the festival, they had to wait in line to get into the shuttle buses. Many did not want to wait and decided to walk around 1.5 kilometres," said Ferally.

In regard to the waste, Ferally said they had provided trash bins at the location.

He added that most of the trash consisted of disposable raincoats the attendees had left at the venue.

"As it was raining, many attendees used disposable raincoats. When the rain stopped, they just left the raincoats," said Ferally.

He offered apologies for the inconvenience and said, "We are really open to criticism and suggestions. We plan to make some improvements, such as increasing the number of shuttle buses and sharing more information about the festival."