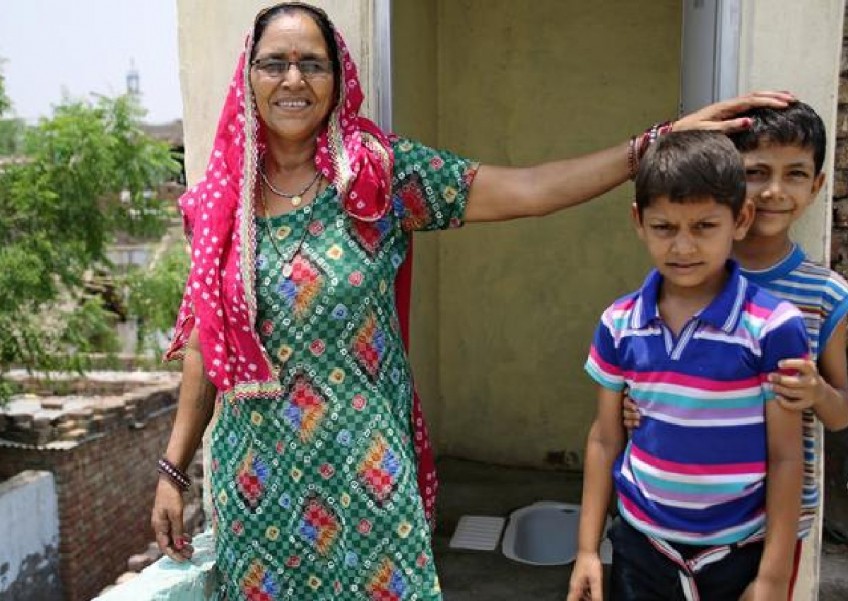 Having a proper toilet has changed the lives of Shakuntala Tanwar, left, and her grandchildren, in the village of Hirmathla, near New Delhi.
Nikkei Asian Review

NEW DELHI - In India, the simple act as going to the toilet is arduous for hundreds of millions of people. It can even be life-threatening.

A deeper look into the issue reveals both deep-rooted challenges and huge opportunities for the country.

In the Mewat district's Hirmathla village, in the state of Haryana, about 50km south of New Delhi, new toilets have transformed the lives of residents. Shakuntala Tanwar, a 55-year-old homemaker, once had to walk more than 500 meters to find a spot out in the bush to relieve herself because she did not want to be seen. To avoid prying eyes, she could only do so at night. That led to problems with her digestive tract. "My very life has changed," she said.

In rural India, she is one of the lucky ones. About half of Indian households have no proper toilets. That proportion reaches nearly 70 per cent in the countryside. That translates to about 600 million people. Altogether, India accounts for 60 per cent of people worldwide who have no choice but to defecate in the open, according to the World Health Organisation.

No place to go

In 2014, the Japan International Cooperation Agency conducted a survey of 451 households in three Indian states, including Rajasthan. The results were grim.

[[nid:124847]]
SUBSCRIBE TO OUR NEWSLETTER
Your daily good stuff - AsiaOne stories delivered straight to your inbox