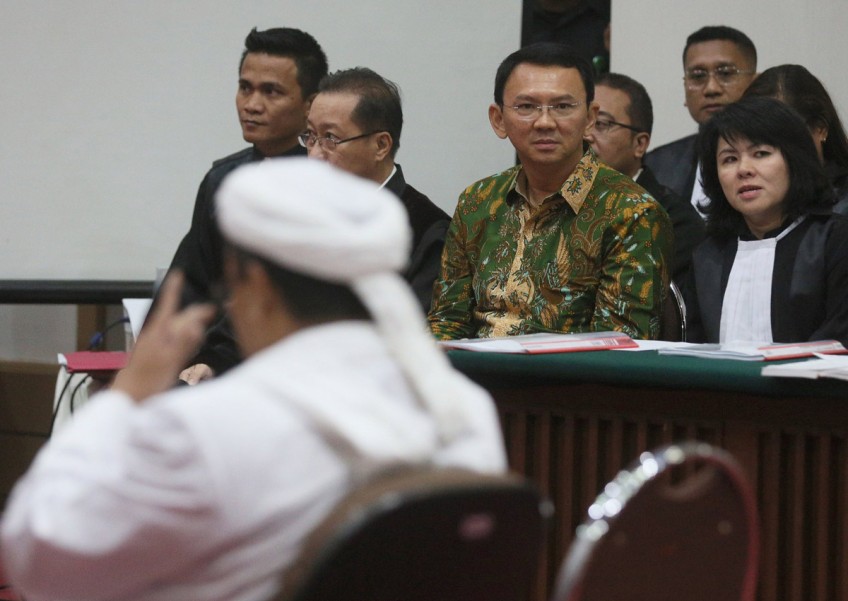 According to the indictment, by commenting about Surah Al Maidah 51 during his visit to Thousand Islands on Sept. 27, Ahok violated either Article 156 or Article 156, section A, of the Criminal Code, which carry maximum sanctions of four years and five years in prison, respectively.

"The alternative indictments show the prosecutors' doubts in determining the appropriate charge [against Ahok]. Therefore, they've handed it over it to the judges," Edward said.

Edward, who during the investigation was a prosecution witness, said that he was unsure about the blasphemy element in this case.

Based on the law, someone who committed blasphemy should have the intention to do so, Edward said.

In this case, to prove the defendant's intention, the court should not only consider Ahok's speech but also his behaviour in his daily life to see whether he had ever shown hostility toward Muslims, he said.

"To prove hostility, [I] suggest the court listen to gestures experts to reveal the defendant's expression [while he commented on the Quranic verse]. The hearing should be holistic and involve interdisciplinary approaches," he said.

Edward said that if the judges doubted the blasphemy element, in this case, they should uphold the principle of in dubio pro reo, which meant they should rule in favour of the defendant.

[[nid:350622]]
SUBSCRIBE TO OUR NEWSLETTER
Your daily good stuff - AsiaOne stories delivered straight to your inbox