Queues in S Korea for 'Pyongyang Naengmyeon' lunch, thanks to Kim 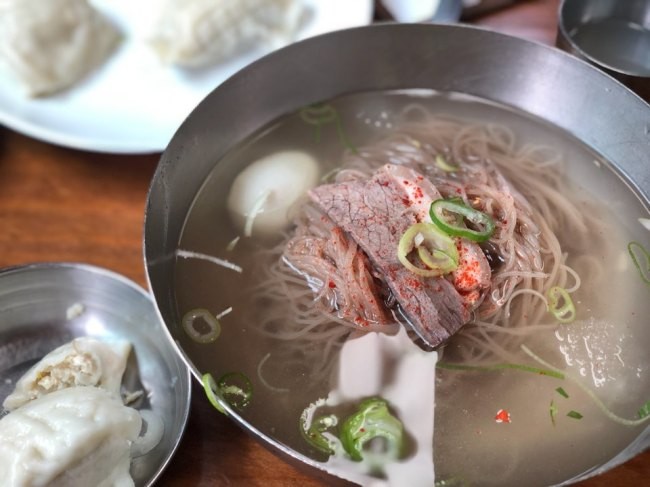 SEOUL - At the historic meeting between the leaders of the two Koreas' on Friday morning (April 27), North Korea's Kim Jong Un said something that caught the ears of many Koreans watching the summit on television.

"It was difficult, but we brought Pyongyang naengmyeon (cold noodles) with us. I hope (South Korean) President Moon Jae In will enjoy it," Kim said, referring to North Korean cold noodles which are also popular in the South.

The hashtag #PyongyangNaengmyeon immediately began trending online on South Korean social media. Many chose to eat the noodles for lunch today in a nod to the momentous event.

A long line of over 20 diners was spotted in front of Pildong Myeonok, a popular naengmyeon eatery in central Seoul.

"What else could it be for lunch today?" said 29-year-old Yoo Jung Min, who works in advertising, quipped.

"I think naengmyeon restaurants around the country will be packed today," said a Twitter user.

South Korea has a reputation for its fast and around-the-clock food delivery services.

Upon hearing that Kim had brought the noodles with him from Pyongyang, South Korean netizens joked that "we are indeed one people, a people of (fast) delivery."