Rape, violence and a culture of fear: the dark side of South Korea's Olympic success

South Korean President Moon Jae-in has called for a thorough investigation into a flurry of sexual assault allegations against senior members of the country's tight-knit sporting community.

"The recent spate of statements about violence and sexual assaults … reveal the seedy side of South Korea as a sports powerhouse. We must not lose this chance to reform," he said at a meeting with his aides on Monday.

Cho Jae-beom, the coach in question, had already been found guilty in September of physically assaulting Shim and three other skaters, and was jailed for 10 months.

But according to Representatives of Solidarity for Young Skaters - an advocacy group set up by Yeo Jun-hyung, another former national speedskating coach - "Shim's case is merely the tip of the iceberg".

The group has identified six other cases of suspected sexual abuse, including of a minor, since they began collecting reports from victims two months ago.

A culture of fear prevents these victims from going public, however. "They fear this would end their career in the sport," said Yeo.

Speedskating has a huge and devoted following in South Korea, which has won more gold medals in it than any other country. Yet this success has come at a price.

"In the rush for Olympic medals in the past, no one really cared about what happened behind the scenes," said Chung Yong-chul, a professor of sports education at Sogang University in Seoul.

"When the flag is being raised with the national anthem at the Olympics, all abuses become the things of the past and totally forgotten. We Koreans are all accomplices in these unreported crimes."

In her testimony to a court last month, Shim told of how Cho punched and kicked her until "she felt she might die" during training before the 2018 Winter Olympics in Pyeongchang.

Such abuse would have been familiar to Byun Chun-sa 12 years before. She was one of five South Korean short-track speedskaters who abandoned their training camp during the 2006 Winter Olympics over complaints of habitual physical assault.

"I was shocked to see that the things that happened to us still continue", she told JTBC TV in an interview last week.

For Chung, much of the blame for the abuse lays with the Korea Skating Union, which he accuses of being too lenient with offenders.

He cites the case of one of Cho's predecessors, who was reportedly forced to resign in 2014 over sexual assault allegations against an athlete. The former coach was initially handed an indefinite suspension, but returned to the sport in a private capacity just three years later.

"The lessons have not been learned at all. Athletes shudder at the thought that, even if they come forward with their own stories, nothing will happen," Chung said. 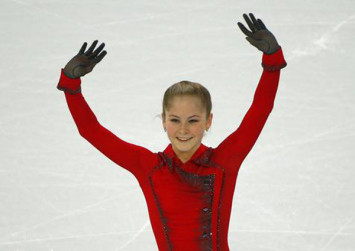 Allegations of abuse are not limited to skating, either. In the days since Shim went public, Shin Yu-yong, a 23-year-old former martial artist, gave an interview to a local newspaper in which she accused her high school coach of multiple rapes between 2011 and 2015. Shin claimed she had been offered 500,000 won (S$600) by the married man to keep the relationship secret.

According to official figures cited in a report issued by the Korean Sport and Olympic Committee to ruling Democratic Party lawmaker Kim Young-joo, over the past four years there have been 124 reports of physical violence and sexual assault against athletes - including 16 rapes, five of which involved skaters.

But Yeo, of the young skaters' advocacy group, says the true number is probably much higher.

"Many offenders are still active as coaches or officials and young skaters still fear their coaches. In this atmosphere where everything is being hushed up, it's always an uphill battle for athletes and their parents to fight against offenders," he said.

As for Cho, a court decided on Thursday to postpone a ruling on his appeal against the original assault conviction. It will hold a hearing on January 23 instead to consider Shim's new accusations.