Rappler chief executive officer and executive editor Maria Ressa confirmed that an arrest warrant had already been issued against her.

"Our lawyers have verified. A warrant of arrest was issued. I'm ready to post bail. I will do what our lawyers advise," Ressa told reporters at the Ninoy Aquino International Airport Terminal 3 as she arrived in Manila on Sunday.

She added: "It is easier to navigate a conflict zone, a war zone than it is to navigate the social media world and the legal weaponization of laws in our country. But we hold the line."

Ressa and Rappler face four tax evasion cases filed by the Department of Justice (DOJ). Three of the cases were filed before the Court of Tax Appeals and the other one was filed at the Pasig City Regional Trial Court. 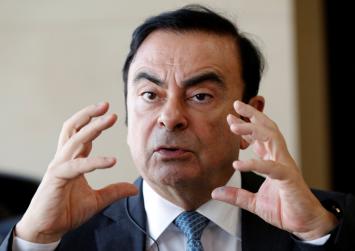 Based on the complaint, Ressa and Rappler Holdings Corporation failed to indicate in the company's 2015 tax returns the total gain of almost P162.5 million, which was due to the issuance of Philippine Depositary Receipts to Washington DC-based NBM Rappler LP, a unit of North Base Media and Omidyar Network Find LLC.

"Even as the government filed these tax cases, they continue to send tax agents to our office looking for documentation to beef it up," she said.