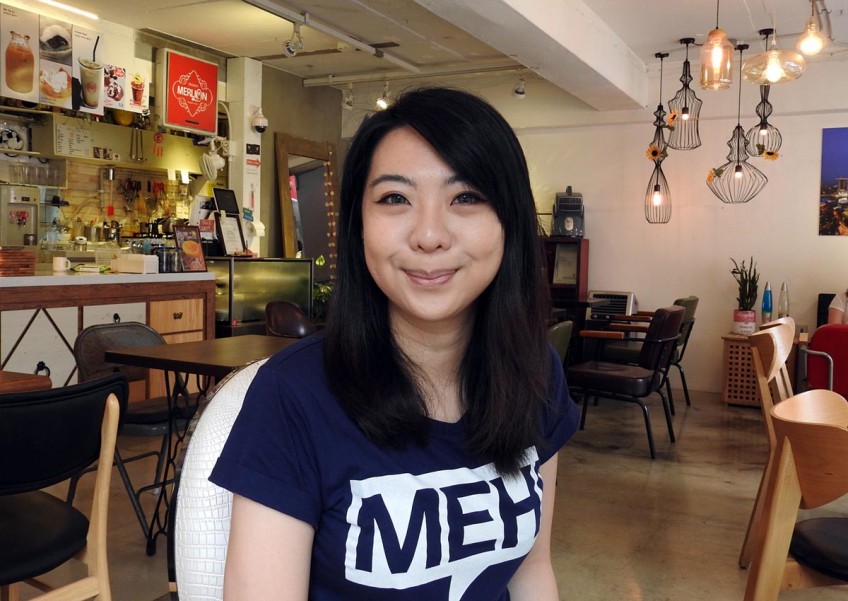 Ms Anges Ang is among a growing group of foreigners learning South Korea's native language, which is spoken by some 77.3 million people around the world, with 50 million in South Korea.
ST

Spurred by her grandfather's encouragement to follow her heart, Singaporean Anges Ang moved to Seoul in 2013 to pursue Korean language studies.

She has since fallen in love with South Korea and is now preparing to take the state-administered Test of Proficiency in Korean (Topik).

The qualification will make job hunting easier in the largely monolingual country.

"I came here because I wanted to live abroad in a country that is totally different from Singapore in terms of language and culture, so it would be interesting and I could gain some life experience. Now I'm planning to look for a job so Topik is a must," said the 29-year-old former business development manager.

Ms Ang is among a growing group of foreigners learning South Korea's native language, which is spoken by some 77.3 million people around the world, with 50 million in South Korea.

More than 1.6 million foreigners have taken Topik since it was first introduced in 1997 to measure and evaluate one's ability to read, listen and write in the Korean language.

Only 2,692 people sat the test when it was first introduced by the Education Ministry and the National Institute for International Education. The figure has shot up to 206,768 last year, marking a 70-fold increase.

The number of people sitting for Topik hit a record high of 72,295 in April this year when it was held concurrently in 45 countries - up from just four countries when it was first started.

Topik is held six times a year, twice in South Korea and the rest of the time, concurrently in other countries. This year, the test will be administered in a total of 71 countries, including China, Japan, Vietnam, Nepal and Singapore. Yesterday, over 25,000 foreigners took the 47th test in South Korea.

The Education Ministry attributed the soaring figures to the rising popularity of Korean pop music, dramas and culture around the world, as well as increased interest in South Korea as a destination for study and work.

The company's chief executive Helen Kim told The Straits Times that it has released four sets of video lectures so far, each comprising 18 to 28 videos. It is also in talks to provide its content to Korean language schools overseas.

"Ours is an intensive course that students can take just before Topik, so they can pass the test to get into their desired university course or improve their chances to be employed by a good company," said Ms Kim.

Topik is a prerequisite for foreigners who are seeking jobs in agriculture and manufacturing in South Korea under its Employment Permit System (EPS). They are mostly from developing countries like Cambodia and Nepal.

For Laotian Sithiphone Sithoumphalath, it was South Korea's fast developing science and technology sector that drew him to apply for a Korean government scholarship.

He arrived in Seoul in 2012 and is now pursuing an engineering degree at the top-ranked Seoul National University.

The K-pop and drama fan spent his first year learning the Korean language and passed Topik Level 3, as required by his scholarship terms.

"I'm free to go anywhere I want after my graduation, but I plan to work in a large Korean company like Samsung, Hyundai or LG for a few years to gain more experience in the engineering field," said the 23-year-old.