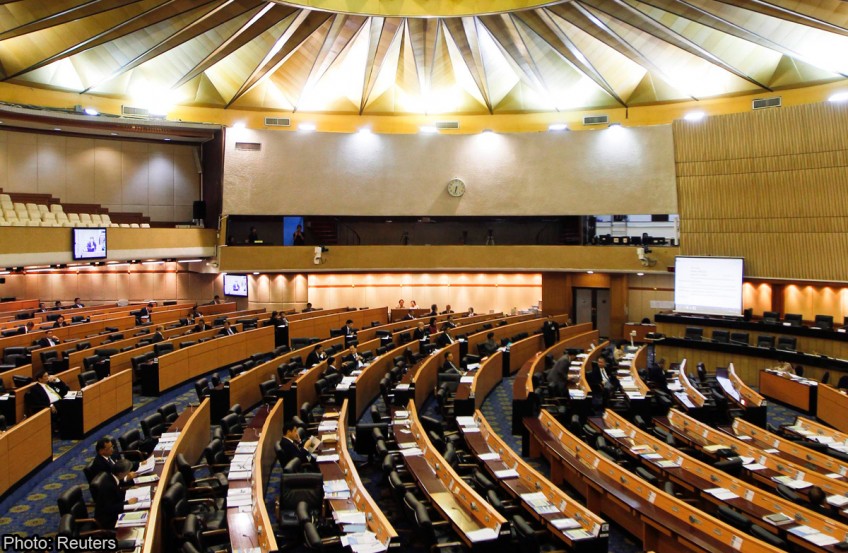 CONSTITUTIONAL DRAFTING Committee (CDC) vice president Nareewan Chintakanond has said it will take an additional three to six months before a general election is held if there were a charter referendum.

According to the provisional provisions of the charter draft, the electoral-related organic laws - the final stage before an election can be held - will take three months.

But if the country held a referendum, Nareewan said it was expected that the general election would be pushed back to July next year or October next year because the public would need to be educated on the charter's details.

Without a referendum, an election is expected to take place early next year.

Nareewan said the drafting progress at the moment was at the reviewing stage, which was expected to be completed at the end of this month and shown to all CDC members for feedback.

The CDC would submit the completed draft to the National Reform Council, which would have a week to deliberate and vote on whether to approve it. During this period, NRC members could propose article-by-article amendments to the charter drafters.

The CDC's panel on public opinion and King's Prajadhipok's Institute yesterday held a joint seminar on the gathering of academic opinion for the drafting process that was attended by over 80 academics from public and private universities.

The chairwoman of the public opinion panel, Thawilwadee Bureekul, said the charter drafters wanted to hear the opinion of people from all parts of society.

She said the panel had held nine of a planned 10 seminars across the country and the response from people had been very positive.

CDC member Choochai Supawongse said the revision of the draft charter was 90 per cent completed with only 115 articles yet to be reviewed.

Choochai said he was convinced the drafting process would be completed on time.

He said CDC members were willing to compromise and make amendments in any section where there were many concerns, such as the section on the political system, politicians and political parties.