Remote learning cited as cause of student suicide in Indonesia

A junior high school student in Tarakan, North Kalimantan, committed suicide on Tuesday reportedly as a result of stress he faced as a result of remote learning, the Indonesian Child Protection Commission (KPAI) says.

KPAI commissioner Retno Listyarti said the student took his life one day after receiving a letter from his school, notifying him that he had many assignments outstanding from 11 subjects. The school also told the student that he would not be able to take his final exams unless he finished the assignments.

"This is the third student to die as the result of unbearable mental distress caused by the inability to meet demands made by distance learning," Retno said on Friday, as quoted by wartakota.tribunnews.com.

She added that the suicide might be a result of a long and complex accumulation of painful experiences that an individual could no longer cope with. Retno went on to say that the school's letter might have increased the suicidal thoughts in the teenager who experienced other mental problems during the pandemic.

"His mother said the student was unable to finish his assignments not because he was lazy, but because he didn't understand the subject because of a lack of explanation from his teacher. Meanwhile, his parents couldn't help their child in doing his assignments," Retno said.

The commissioner said she had urged the Tarakan administration and the city's integrated care centre for the empowerment of women and children (P2TP2A) to provide psychological assistance for the victim's parents and family members.

Read Also
Homeschooling during the Covid-19 pandemic: Coping tips for parents and kids 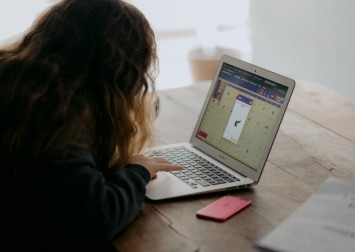 Furthermore, the KPAI also called on the government to evaluate the implementation of remote learning as the incident "might be the tip of an iceberg," Retno said, adding that all stakeholders should pay attention to students' psychological needs.

The Tarakan case is not the only one involving a student whose death has been linked to remote learning.

In September, Lebak Police in Banten arrested a mother who was accused of torturing her 8-year-old daughter to death due to the frustration of teaching online schoolwork.