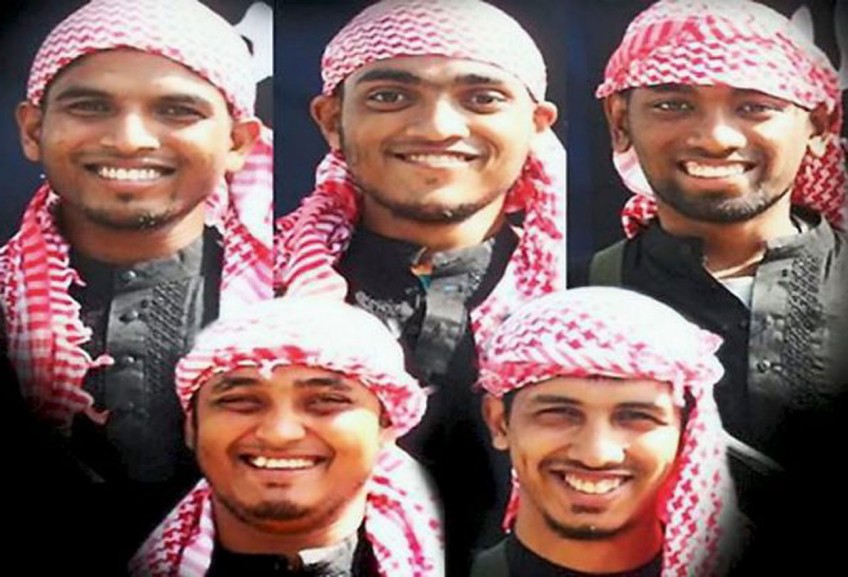 Photographs released by IS claim to show the five involved in the Dhaka attack.
The Star/ Asia News Network

PETALING JAYA - Bangladeshi police have named all five gunman involved in last Friday's deadly attack on a cafe in Dhaka, the BBC reported.

Initially, officials had said that six gunmen were killed during the siege at the Holey Artisan Bakery in Dhaka.

However it was later revealed that the sixth attacker was in fact a hostage named Saiful Islam Chowkidar, who worked as a pizza chef at the cafe.

The attack, which was claimed by the Islamic State (IS), left 22 people dead.

However, he said it was unclear if they were gunmen or victims.

"No, I cannot confirm that they were the gunmen. Even the authorities in Bangladesh are unable to confirm it," he said.

Khalid said police would investigate the duo's activities if it was confirmed that they were involved in the attacks.

"We will check on all their movements here but I do not think that they were brainwashed during their time in the country," he added.