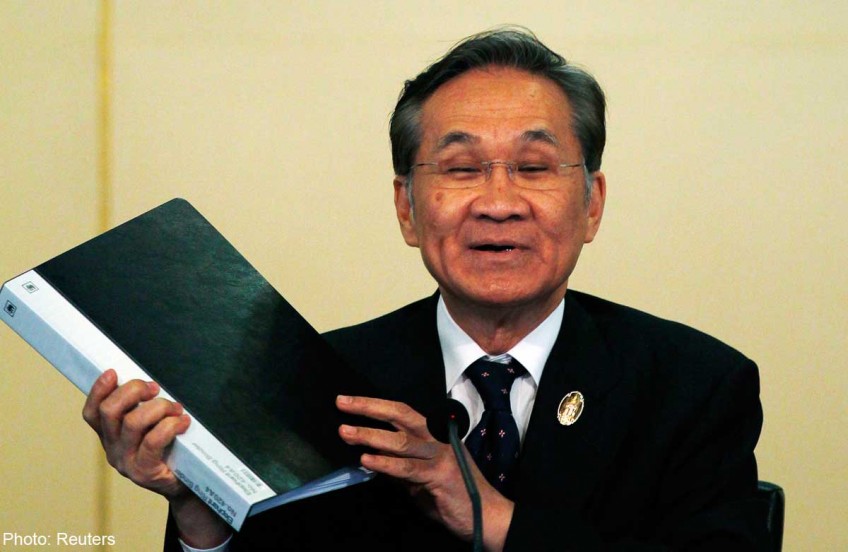 While expressing confidence in the measures to combat human trafficking, the government yesterday admitted that fresh reports on forced workers being found on Thai trawlers in Indonesia could hurt Thailand when the United State's new Trafficking in Persons (TIP) report is released this year.

The US yesterday expressed concern over forced labourers being found in Indonesia's Ambon and Benjina islands and nearby islands, calling on the government to take significant efforts to protect them.

Deputy Foreign Minister Don Pramudwinai conceded that reports on the issue by international and local news agencies had not helped Thailand in terms of the pending TIP report.

Furthermore, if the European Union also considered the use of the forced labourers a violation of the illegal, unreported and unregulated fishing regulations, it would lead to repercussions on the fishery industry, he said.

The US State Department spokeswoman, Jen Psaki, said workers in the fishing industry, many of them migrants, were exploited at multiple points along the supply chain from harvesting to processing.

"And a significant - as it relates to Thailand, a significant portion - proportion of trafficking victims are found in the seafood industry," she said in a daily briefing.

"So for several years, the international community, including the United States, has expressed concern publicly - also directly, of course - over the forced labour of foreign migrants in the Thai fishing and on-land seafood industries. And we continue to call on the Thai Government to take significantly greater steps to protect foreign migrants in the fishing and shrimp industries and to punish those who are enslaving workers."

Asked if the recent media reports could significantly impact on the review of Thailand in the TIP report, Psaki said: "We don't make predictions like that. We do note concerns where we have them, and certainly the issue of fishing practices in Thailand has been noted in previous reports."

Previous media reports stated that Thai and Myanmar fishery workers were forced to work in harsh conditions on the water and some were detained on Indonesian islands. The seafood they catch was exported by Thailand, the reports said.

The authorities said they had put a lot of effort into trying to solve the problem and had rescued many of the abused workers and sent them home.

Deputy Prime Minister Prawit Wongsuwan yesterday met a rescue team at his office to instruct them to help the some 700 forced labourers in Indonesia.

He said he had no idea how the migrants ended up on the trawlers as all Thai trawlers were registered and checked in and out ports. The trawlers could also be traced by GPS, he said.

He said he would talk to the Indonesian government to discuss bring the workers back to Thailand as soon as possible.

It was reported that a group of 21 workers would arrive in the Kingdom this evening.

Don said he would ask the owners of the trawlers for information in order to map out necessary measure to tackle the issue.

"We are confident that our sincere efforts to tackle the problem will encourage the concerned agencies to work effectively as well as convince the international community to ease their measures against Thailand," he said.

Thailand hopes to convince Washington that its efforts over the past nine months since the last TIP's report was released were enough to upgrade the country from the TIP's tier three - the lowest rating.

The government reported to the US earlier that the implementation of five crucial strategies, the so-called 5Ps - policy and mechanisms, prosecution, prevention, protection, and partnership - had yielded good results.

Minister Don said the government was preparing a new report on the progress of combating human trafficking in Thailand and would submit it to the US this month.

Washington will have two months to review the report before announcing its TIP ratings in June.

Don said the government had to verify information contained in the media reports about the situation in Indonesia and consult with relevant parties in Washington as well as he EU over the IUU regulation.