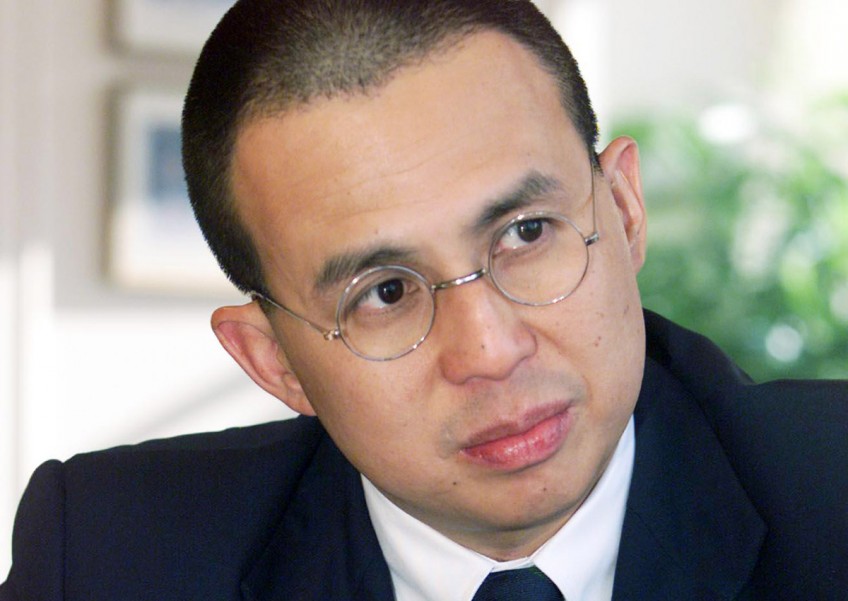 The younger Mr Li, who chairs Pacific Century Group, revealed his support for her in an interview published by Hong Kong's Chinese newspapers on Thursday, just 10 days before the city is to elect its next chief executive by secret ballot.

He said in the interview that Mrs Lam's track record proved that she fit the requirements set out by the Chinese central government for chief executive, and that it was important to have a leader who is "completely trusted by the central government".

His father, older brother Victor and he himself are in the 1,194-strong Election Committee, which will vote to select one of three contenders for chief executive: Mrs Lam, former financial chief John Tsang and retired judge Woo Kwok-hing.

After the election, the central government gets the final say on who it ultimately appoints as Hong Kong's top official; many pundits have forecast a win for Mrs Lam, who is widely seen as Beijing's preferred candidate, despite trailing Mr Tsang in popular opinion polls.

It is Beijing's role in the leadership race that might have spurred Mr Richard Li to make his choice publicly known, especially after his father appeared to hint that he would be supporting Mr Tsang, said political analyst Cheung Chor-yung, a former government administrative officer.

Mr Li Ka-shing, the chairman of CK Hutchison Holdings, which has around 10 votes in the Election Committee, backed 2002 and 2007 chief executive election winners Tung Chee-hwa and Donald Tsang, but in 2012 endorsed eventual runner-up Henry Tang.

Earlier this year, the older Mr Li refrained from publicly nominating any of the current chief executive hopefuls, telling local media that he would only be voting in the secret ballot.

This led to speculation that he would not be throwing his vote behind Beijing's favoured pick, Mrs Lam, and that he and his sons would instead be backing Mr Tsang.

Mr Richard Li's open endorsement of Mrs Lam this week may have been a move to quell such talk, said Dr Cheung.

"He probably thinks he needs to do that . . . otherwise people in Beijing may suspect that there are some establishment members supporting Mr Tsang . . . Richard Li doesn't want to create troubles for himself as a businessman."

But one Li family member's choice may not be indicative of how the other two will cast their votes, he added, noting that it may be a family strategy to ensure that their business interests are looked after regardless of the outcome.

"Li Ka-shing may still stick to his own choice. The Li family may not put all eggs in one basket. Richard Li's decision to support Carrie Lam may be one hedging bet," Dr Cheung told The Business Times.

With the Li family's extensive network and immense wealth, it may seem that Mrs Lam's campaign has scored a coup, but as balloting is anonymous, the rest of the businessmen in the Election Committee may not take cues from the younger Li's show of support, said Benson Wong, an assistant professor of politics at Hong Kong Baptist University.

He said: "What Richard Li has said is aligned with the Li family's economic interests in Hong Kong . . . I don't think his endorsement is a guarantee that local tycoons and businessmen will change their preferences."

This article was first published on Mar 17, 2017.
Get The Business Times for more stories.