Some 15 million years ago, the Tibetan Plateau reached an elevation similar to what it is today.

The tectonic movement and mountain-building that created the Tibetan Plateau – as well as subsequent climate change – have shaped the evolution of Asian mammals over the last 66 million years, a new study has found.

The Tibetan Plateau reached an elevation similar to what it is now about 15 million years ago. Since then, major environmental changes and diverse vegetation along the mountain slopes have ultimately triggered the formation of new species, according to the researchers.

Asia is the birthplace of many extant mammals and is home to 14 out of 36 of the world’s biodiversity hotspots. But previous studies have been limited and a comprehensive understanding of the origin and evolution of mammals in the region has been lacking.

For the study – published in peer-reviewed journal the Proceedings of the National Academy of Sciences on Monday – the researchers built a suite of more than 2,000 historical biogeographic models comprising over 3,000 species in Asia and adjacent continents to investigate their evolution.

“Asia has desert up north, tropical forests in the south, temperate forests in the east,” said Anderson Feijó, the study’s lead author and a researcher with the Chinese Academy of Sciences’ Institute of Zoology in Beijing.

“My idea was to understand how all these regions were connected and how we ended up with different species of mammals in different areas,” Feijó was quoted as saying on the website of the Field Museum of Natural History in Chicago, where he was previously a research fellow.

Bruce Patterson, study co-author and a curator emeritus at the museum, said Asia did not have the most mammal species in the world, but it was a crossroads for connections to other continents, including North America, Africa, Europe and Australasia.

That was why it was critical to study historical mammal exchanges between Asian regions and other continents and to see if those changes could be linked to the region’s geologic and climate events, according to the paper. 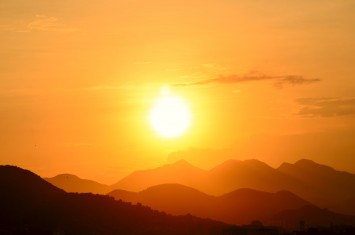 The researchers found that the tropical forests of South Asia had served as the main cradle of Asia’s mammal diversity, and that the current high diversity in the region was mainly derived from the original place, or in situ speciation.

Meanwhile, mammal emigration from southern Asia has greatly increased over the past 23 million years, especially towards the Himalayas and the Hengduan Mountains – regions with rich biodiversity today.

The study also found that colonisation – or mammals spreading from southern Asia to the Himalayas and the Hengduan area – has been the dominant mode of species accumulation over time from these two mountainous hotspots.

Compared to southern Asia, the species diversity of other Asian regions is also mainly derived from colonisation events, according to the researchers.

Despite in situ speciation, the researchers found that vicariance – or geological separation – has also played an important role in the biogeography of Asian mammals.

For example, they said the first evidence of vicariance was between Africa and southern Asia and dated to the middle Eocene Epoch, which lasted from 56 to 33.9 million years ago.

The study also found that periods of active tectonic events, mountain-building and drastic climate change – such as drying in the Asian interior, sea retreat, and stronger Asian monsoons – have amplified the regional diversity of Asian mammals and intensified migration across the continent.