Robbed: She must have drugged me when we shook hands 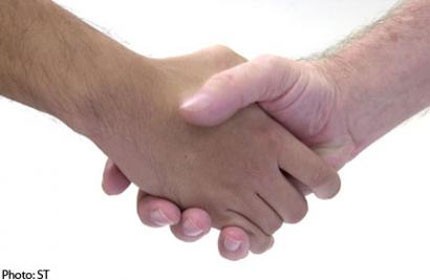 A woman in Kuala Belait has claimed to have been duped into giving away cash and gold in a con job involving three women last Sunday. The incident happened amidst rumours circulating on social media for the past two weeks that a trio of women are "hypnotising" victims in order to rob them.

The alleged victim, when contacted by The Brunei Times, said she withdrew $1,500 from an ATM, packed it in a newspaper with rice, MYR200 and a gold chain to hand over to a woman who convinced her that she needed to cleanse herself of a "vicious spirit".

"She told me seriously that my life was in danger. I could die anytime, within three days because there was a vicious spirit in my body which has been in my body since the age of 18 and wanted badly to marry me," said the victim, who asked to be named Madam Bo.

Bo claimed to have heeded all instruction given to her by the woman - dubbed Woman C - after they shook hands.

"I think this is when she placed dissolved drugs into my palm," she said, adding that it turned her hands dark yellow soon after.

Bo said Woman A approached her at the Kuala Belait Tamu on March 15 at 10am. Appearing distressed, Woman A asked Bo if she knew of an old man, later identified as a spiritual helper, who could help out her husband she claimed was ill.

Another woman, referred to as Woman B, came along and pointed out another woman (Woman C) as the old man's granddaughter. After some discussion, Woman C agreed to help but also claimed that Bo's life was in mortal danger.

That was when Bo and Woman A handed over the requested items to be given to the spiritual healer to be prayed over. When the necessary prayers were performed, Bo returned the valuables in a black plastic bag with two bottles of water.

Bo headed home, feeling dazed. Several hours later, she "came to her senses, and questions started forming in my head about the whole incident". Opening the bag, she saw that her cash and valuables had disappeared.

Reflecting on the situation, she said "the bag must have been swapped when Woman C asked me to come out of the car, because the two other women were still in the car".

"I felt numb when I realised they had taken my money... almost in a dream-like state. My friend was perplexed as to why I did not call a third party to verify the information given by Lady C," said Bo. "I am not a gullible person! They used drugs and maybe hypnotism but I think it was the powerful drug that made me stop thinking or questioning."

Bo said that she did not go to the police for help as she feels "warning people through the media is more useful": "My concern is when they get bolder they may use this drug to lure younger people to sell them in the slave market."

A message circulating on social media for about two weeks claim that another local woman lost her lifesavings after being tricked in the same way, near a department store in Kuala Belait. Staff and workers there, however, told The Brunei Times that they were unaware of any such incident.

The alleged conwomen appear to be targeting the Chinese community due to language, preying on spiritual beliefs. Bo believed that other victims chose to remain silent due to the embarrassment of being duped.

Police have confirmed a report being lodged in the district detailing a crime of a similar modus operandi about two weeks ago in Belait. However, they said that no specific action regarding any incident can be taken unless a report is lodged.

Police have advised the public to exercise extreme caution when approached by dubious individuals asking for help and to report any suspicious behaviour or individuals to the nearest police station.