Robbers got away with nearly $2.4m in Bangkok 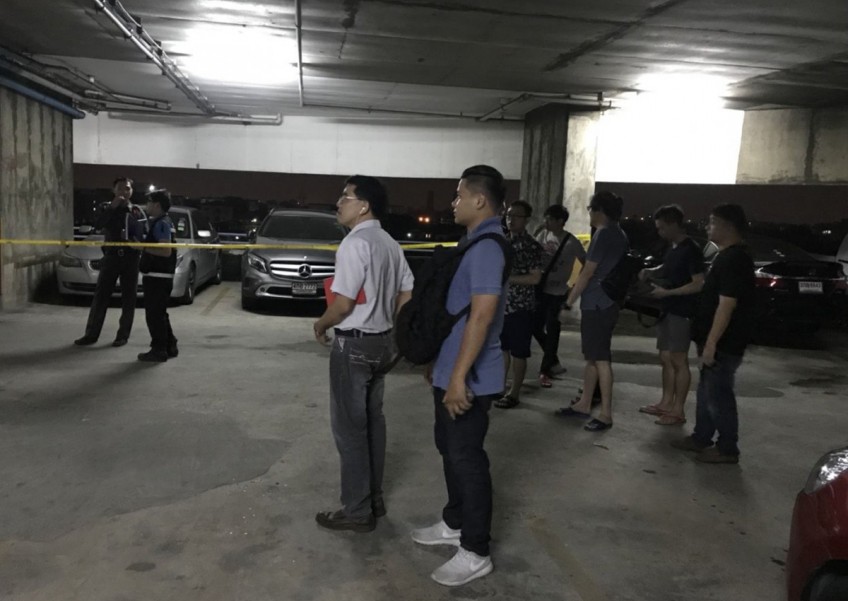 Newly appointed city police chief Lt-General Charnthep Sesawet on Tuesday led police officers to inspect the robbery scene, while all city precinct superintendents were alerted to inform money-exchange shops in their jurisdictions to watch out for and alert police about anyone bringing 10,000 yen banknotes to exchange.

Gold and jewellery exporter Pattharit Taerattanachai, 34, filed a complaint at almost midnight on Monday stating that his employee Narongchai Sawadipol had been instructed to bring the cash in carry-on luggage and a backpack in a flight from Japan to Suvarnabhumi International Airport. The money was declared to the Customs Department.

Narongchai handed the bags to two other employees, Jirapat Pithakkitwattana and Kiatipong Peungyims, at the airport before he left with his girlfriend, while the two men went to Pattharit's Ratchada Pavilion condominium in Soi Ratchadapisek 30.

The two men driving two separate cars - the Ford pickup truck and a BMW sedan - reached the condominium's fifth floor parking lot at 11.15pm. They were carrying the bags containing the money towards the building's entrance when the five men carrying weapons assaulted them.

The assailants covered the two men's heads with sacks, tied their hands and feet, and left them behind a pillar before making off with the cash and the truck. Kiatipong, who was wounded in the attack, managed to untie himself and Jirapat and alerted Pattharit about the robbery.

Kiatipong was sent to the hospital where he received 20 stitches to a head wound while Pattharit then filed a police complaint at the Paholyothin precinct.

The daring robbery took place only hours after Charnthep began working as city police chief on Monday. He said he had assigned Pol Maj-General Sompong Chingdounf to lead the case investigation.

The initial probe found that Pattharit had for about five years conducted a jewellery business, which involved the transfer of money in various foreign currencies into Thailand by plane, although usually up to 10 people would be present to safeguard the money.

Police will question people formerly involved in money transfers, the details of which were supposed to be confidential and known only to group members. Police suspected the motive was simple theft but did not rule out a business conflict.

Police will also compare the robbery with another of an Indian businessman involved in a money exchange in 2012, when assailants got away with Bt50 million in the Bang Rak area, based on certain similar aspects.