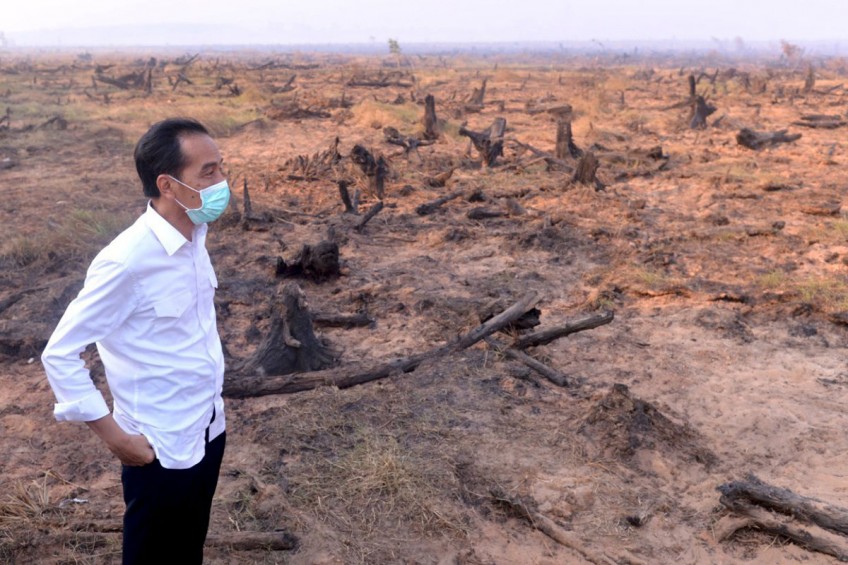 INDONESIAN President Joko Widodo took office last year on hopes that an outsider and "man of the people" would swiftly usher in a new era of cleaner, more effective governance.

Twelve months on, critics say those hopes have come to naught.

Mr Joko, known by his nickname "Jokowi", swept to power on a wave of popular support for his hands-on approach and his image as a corruption-free, fresh face in a country long dominated by oligarchs from the era of dictator Suharto.

The former Jakarta governor, who would campaign in the slums wearing casual clothes, was elected after a bruising battle against a controversial former general with a chequered human-rights record, becoming the country's first leader from outside the political and military elite.

But running the world's fourth most-populous country has proved even more difficult.

Mr Joko's plans to kick-start the economy have made little progress, he has been criticised for backsliding in the fight against corruption in one of the world's most graft-ridden nations, and his image abroad has been tarnished by the execution of foreign drug convicts.

"It has been a rocky first year for Joko Widodo," said Professor Jeffrey Winters, an Indonesia expert from Northwestern University in the United States.

"The Indonesian people are tired of business as usual and they voted for Jokowi to bring change - but there hasn't been much change."

The President took office on Oct 20 last year and got off to a good start by cutting fuel price subsidies that ate up a huge chunk of the government's Budget, freeing up billions of United States dollars to invest in boosting the slowing economy.

But red tape and a lack of organisation hampered efforts to launch vital infrastructure projects, and Mr Joko's attempts to attract investors were undercut by protectionist policies unilaterally announced by ministers, such as the abrupt cancellation of thousands of import licences.

A year on, economic growth is languishing at a six-year low and the rupiah has fallen heavily.

While global market turmoil has played a major role, Mr Joko has also faced criticism for not doing enough to fix the economy - his main focus.

In a recent BBC interview, he defended his record, saying that reforming the economy was a "long process", adding: "It takes time to manage a country as big as Indonesia."

For many Indonesians, an even bigger disappointment has been what they see as Mr Joko's failure to step up the fight against graft, in a country where facing demands for kickbacks is just part of everyday life for many.

In particular, the President faced criticism over his nomination of a controversial figure as the new national police chief - a move observers believe was aimed at keeping the powerful head of his party and political patron, Megawati Sukarnoputri, on side.

The nomination triggered a row between the notoriously corrupt police and the popular anti-graft agency, which accused the nominee of bribery. Mr Joko withdrew the candidate, but only after dithering, by which point the anti-corruption body had been severely weakened by attacks from the police.

His popularity has been sliding ever since. A survey by pollster Indo Barometer this month showed public satisfaction with Mr Joko at 46 per cent last month, down from 57 per cent in March.

For allies overseas who had welcomed a fresh face in the presidency, there was disbelief at Mr Joko's drive to put foreign drug convicts to death in the name of fighting a national narcotics "emergency" that experts said was based on flawed evidence.

The execution by firing squad in April of two Australians, a Brazilian and four Nigerians for drug offences sparked international outrage, and ally Australia took the unprecedented step of withdrawing its ambassador from Jakarta in protest.

Despite all his problems, some analysts see signs he is finding his feet - he was praised for an August Cabinet reshuffle that replaced key economic ministers, and a recent series of stimulus measures.

Prof Winters said the President can still keep support by playing to his down-to-earth image.

"The Indonesian people will cut him slack if he can maintain the image that he is a determined dolphin swimming in a pool of menacing sharks," he said.