The 95-year-old, who met Harry's older brother William and wife Catherine when the royal couple visited India's commercial capital last year, said he was delighted to hear news of the engagement.

"I wish them a very long and happy married life. And may all their troubles be little ones," the sprightly nonagenarian told AFP at Mumbai's famous Britannia & Company restaurant where his love of British royalty is plain to see.

On one wall hangs a large framed photograph of Queen Elizabeth II, next to a portrait of Indian independence hero Mahatma Gandhi.

Attached to a banister on the second floor of the cafe, which dishes up lip-smacking Parsi and Irani cuisine, is a giant cardboard cut-out of a grinning William and Kate, their arms linked.

Kohinoor spent around 10 minutes with the Duke and Duchess of Cambridge at Mumbai's Taj Mahal Palace hotel in April 2016 after they became aware of a social media campaign encouraging them to meet him.

Kohinoor, clutching a photo of the three of them from that meeting, said he now hoped to meet Harry, 33, and American actress Markle, 36, after they get married at Windsor Castle next spring.

"I hope they will visit me or I will invite them to visit me. My invitation is open for all of the royal family," he explained, adding that he would serve them Britannia's famous berry pulao, a popular Parsi dish.

Mumbai's Parsi settlers were Zoroastrians from Persia. In Britannia, which was opened by Kohinoor's father in 1923, the Union Jack hangs alongside the Indian tricolour and the flag of Iran.

Kohinoor, who has written regular letters to Queen Elizabeth over the years and would like the return of British colonial rule in India, encouraged Harry and Meghan to spend their honeymoon there.

"There are many places they can visit. We have got one of the wonders of the world, the Taj Mahal," he said, adding he was "very excited" about the prospect of watching the wedding on television.

Kohinoor, who makes no attempt to hide his dislike of Harry's father and heir to the throne Prince Charles, said he was not overly familiar with Markle's work but was aware she is American and divorced. 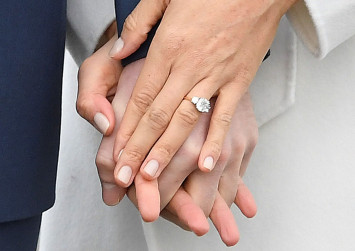 He said he was convinced she would "make a good wife".

"Mrs Simpson was American and she was also a divorcee but it doesn't matter. What matters is that they should be happy together," he said, referring to Wallis Simpson who married King Edward VIII after he abdicated in 1936.

Kohinoor, who has a granddaughter named after Harry's mother Princess Diana, advised the prince and Markle to have several children. "It will be cheaper by the dozen!" he laughed.