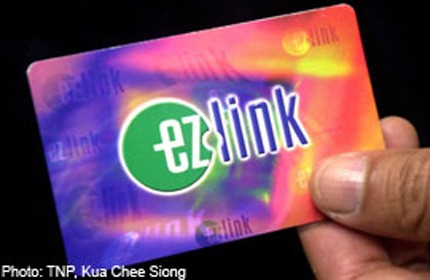 The same transit card could soon be used to take a train or bus in Singapore and Guangdong, China.

Dubbed the Sino Visitor Pass, the card is slated for launch in the first half of next year. It can be used at all points that accept either the ez-link card or Lingnan Pass. Combined, there are 100,000 retail and transit points in Singapore and Guangdong.

The tie-up was announced at the fifth Singapore-Guangdong Collaboration Council meeting in Guangzhou yesterday. It was witnessed by SGCC co-chairmen, Singapore's Minister for Transport Lui Tuck Yew and Guangdong Vice-Governor Zhao Yufang.

There are plans to widen the Sino Visitor Pass usage to other parts of China.

The ez-link stored-value card is the highest circulated here at 15 million cards. It is accepted at 30,000 points here including the MRT, buses and convenience store chain 7-Eleven. The Guangdong Lingnan Pass, on the other hand, is accepted at 70,000 points in Guangdong.